Chris Brown is the latest name to weigh in on the Diddy-ignited debate about whether “R&B is dead.”

Joining the likes of Mary J. Blige and Jermaine Dupri, C. Breezy – who has dominated the genre for over a decade – has sounded off. And he did not hold back.

Find out what he had to say below…

“When’s the last time you heard a slow song on the radio??? N*ggas saying R&B is dead…respectfully shut the f*ck up! People nowadays want fast food instead of a real meal…DON’T BLAME THE REAL SINGERS OUT HERE BECAUSE WHAT CHANNELS DO PEOPLE HAVE TO SEE MUSIC VIDEOS? BET Damn sure don’t. Neither does MTV. And then the industry be forcing sh*t on the people when the real music lovers know that sh*t is garbage.” 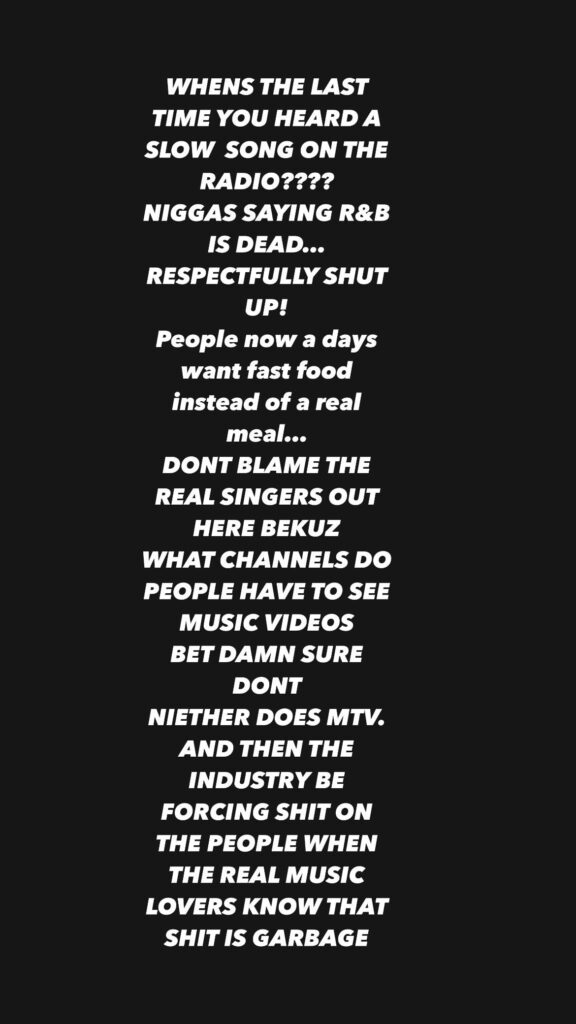 The 33-year-old then added: 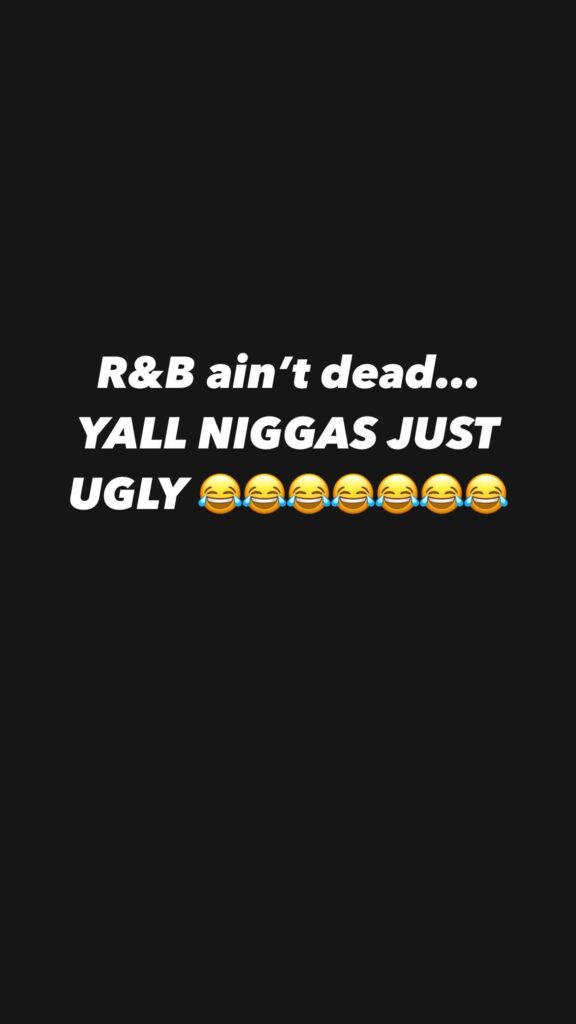 Do you agree with Chris Brown’s take on the debate? As ever, let us know…