Child, 4, shot dead while riding in car in attack mayor now says may have been mistaken identity

A four-year-old girl was shot dead as she rode in a car in Tampa Sunday in an incident the mayor says may have been a case of mistaken identity.

Sunni Bell’s mother was driving when another car pulled up next to them and started shooting, Assistant Police Chief Ruben Delgado said at a press conference Monday afternoon.

The altercation caused Bell’s mom to crash her silver Infiniti sedan into a pole. She then turned around and found her child dead in the backseat. The shooting was initially described as a ‘non-random’ attack, but Tampa Mayor Jane Castor has since said investigators now believe it may have been a case of mistaken identity.

Police have not announced any suspects or motives, and officials are offering a $9,500 reward for anyone with more information. 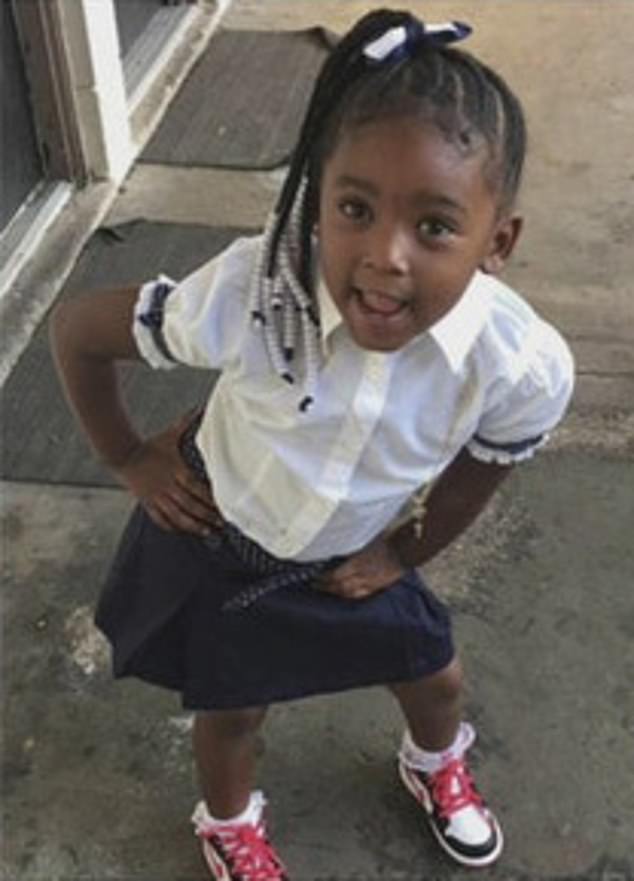 Sunni Bell, 4, was riding in the back seat of her mom’s Infiniti sedan Sunday night in Tampa 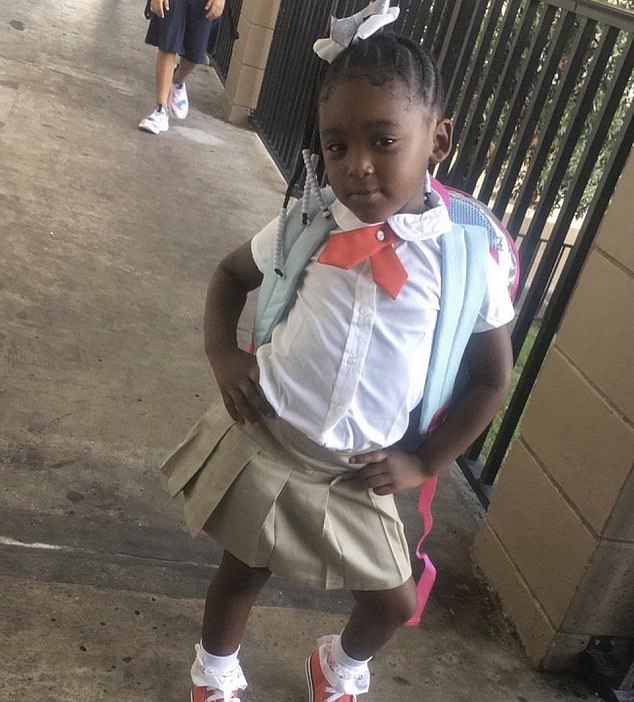 The girl was first identified by Tampa station Fox 13. The identity of the girl’s mother is not yet known.

‘I would say man up turn yourself in,’ family friend and activist Lashaun Tims told the channel in a message to the shooter.

‘It’s better for you because any killer needs help, and I say killer because we’re talking about a baby. Take the message to heart. If you know something, you’ve got to say something.’

The pair was riding along E Hillsborough Avenue near N 43rd Street around midnight on Sunday, according to Yahoo! News. 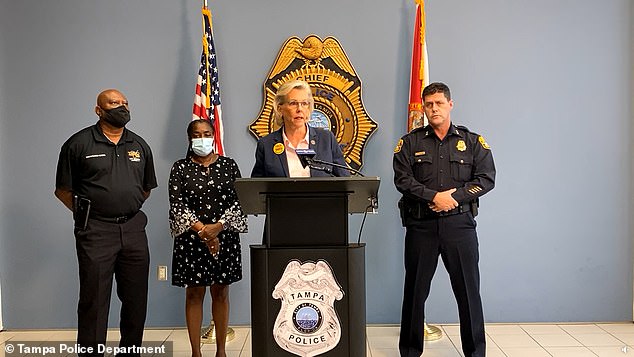 Tampa Mayor Jane Castor, center, said it may have been a case of ‘mistaken identity’ Monday

Police previously said the attack was not random, but Tampa Mayor Jane Castor said Bell may not have been the intended target.

‘We had a four-year-old girl who lost her life, and it may have been a case of mistaken identity,’ Castor said Monday.

Castor said she had spoken to Sunni’s mom, but no further updates on the woman’s condition were given.

The child was rushed to the hospital but died later from her injuries, authorities said.

No arrests have yet been made. 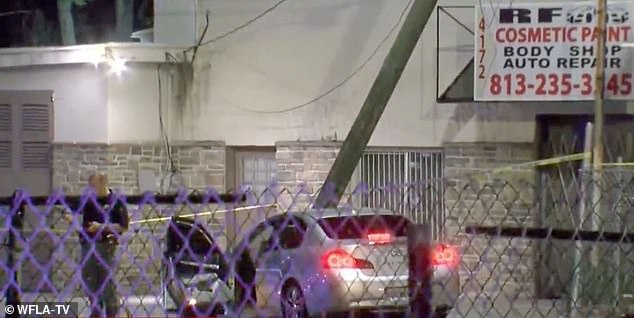 The gravely-injured child was reportedly whisked to the hospital after the midnight attack, according to News Channel 8 , where she was succumbed to her injuries 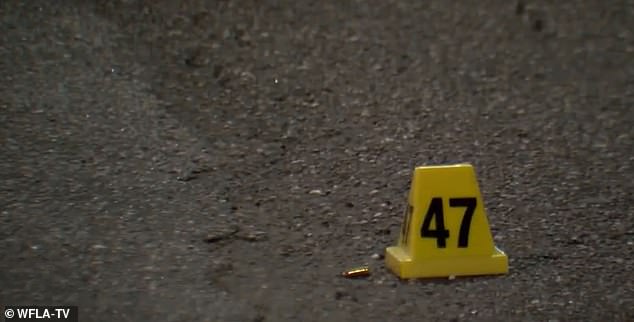 Police closed the street for several hours while they investigated the scene, andbullet casings could be seen on the ground

Crews using a cherry picker were on the scene repairing the damaged power pole for more than five hours.

Police reopened the area to traffic, save for one lane, this morning around 5:30 am.

Sleepy school board races are waking up

Castor said there have been 26 homicides in Tampa so far this year, up from a yearly average in the low 20s during her time as chief of police from 2019 to 2015.

She also said police have confiscated more than 1,000 guns so far this year, up from a yearly average of 800 or 900 during her time at the helm of the police department.

Sleepy school board races are waking up

Boston Red Sox hit 2 grand slams in first 2 innings of ALCS Game 2; first team to do so in postseason

5 Rom-Com Heroines Whose Styles I Stan