Celebrity chef Bobby Flay claimed that what he has been seeing while running his restaurants shows him that “we’re on the brink of some really bad economy.”

He told CNN anchors that, in his experience, the rising costs of operating his restaurants and the behavior of guests are indicators of an economic downturn. He claimed he sees people tightening “their wallets.”

Flay made his comments on “CNN This Morning” Friday, while speaking with anchors Kaitlin Collins, Don Lemon and Poppy Harlow about the economy, inflation and how his restaurant franchises are faring these days. 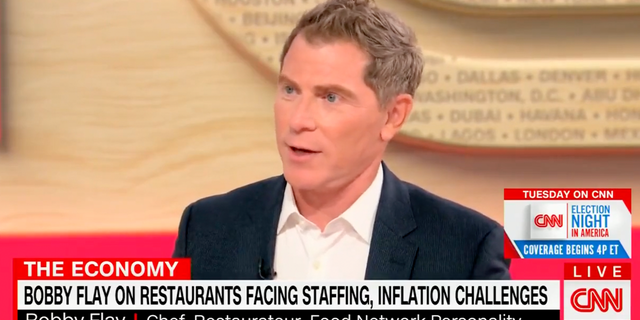 Flay indicated that he’s seeing signs of a bad economy in his restaurant, which he characterized as an “every-night focus group” on the subject.

He told the hosts, “The thing about restaurants is, it’s an every-night focus group of how people are feeling about the economy. And what’s happening is it’s getting squeezed from every sort of corner and edge.”

First, he described how running the restaurant reveals harder times, saying, “Labor’s expensive, commodities, meaning, you know – the cost of goods, food, etc. is expensive. And of course, occupancy cost is always expensive.”

WAGE DECLINE IS THE ‘SOFT UNDERBELLY’ OF THE ECONOMY: LARRY KUDLOW 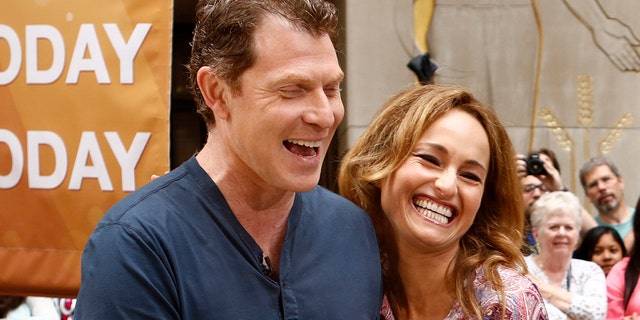 He half-joked, “The landlords never like, look out for you. They’re always – they have very deep pockets and they’re not gonna – they don’t take the pressure off.”

He then said how the consumers show the signs of a waning economy. “On the other side of it, I think the consumers are feeling the pressure as well because they turn on the TV, they look at social media and they understand that, you know, we’re on the brink of some really bad economy here.”

He added, “And so people, they tighten their wallet.”

Harlow asked if Flay shares the same thoughts as his customers that the country is headed for a bad economy, to which he responded, “I do.”

He continued, “Listen, unfortunately I’ve been around long enough to see this happen before and ultimately we’re able to come out of it but you do have to hold on tight. I feel like something not good is happening. I mean, you look at all the reports and I watch what people – the way people are acting in the restaurants.” 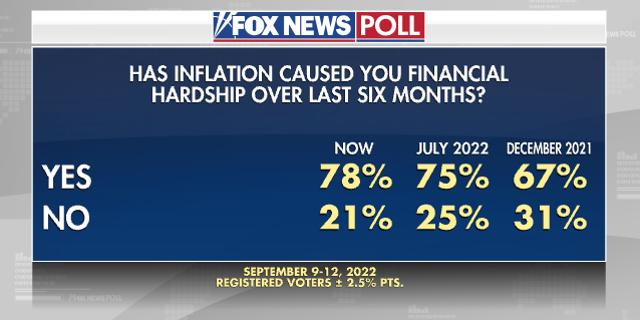 Lemon asked Flay to elaborate, which he did, saying, “So the person that, you know, last week was buying a $75 bottle of wine, maybe this week it’s a $40 bottle of wine. They’re making decisions that are actually squeezing the check averages in the restaurants.”

The chef added, “And so you understand exactly that, you know, it makes it very, very difficult. On the other side of it, uh, the restaurateur, proprietor is having a hard time making profits.”

Gabriel Hays is an associate editor for Fox News Digital.