TV bushcraft expert Ray Mears has been sacked by organisers of a major camping show after he laid into caravan owners on BBC’s Room 101.

Wilderness specialist Mears was supposed to be speaking about his passion for the outdoors at the Caravan, Camping & Motorhome Show 2015.

He was also due to take part in a question and answer session during the event at the NEC in Birmingham.

But Mears angered the caravan community during his appearance on the Frank Skinner show, broadcast last week, in which celebrities ask for their most hated things to be put in Room 101. 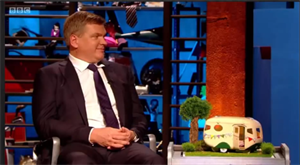 He moaned about getting stuck behind “hideous” caravans on the road and described ‘vans as “mobile bread bins”.

“You go to Devon and all you can see are cities of these displaced urban people in ghastly white caravans,” he said on the show.

In a statement the National Caravan Council, who organise the NEC event, branded Mears as “less than professional”.

A spokesman said: “Following his recent appearance on BBC’s Room 101 and after careful consideration, we have decided not to work with Ray Mears at the Caravan, Camping & Motorhome Show 2015 so he will no longer be appearing as a speaker at the event in February.

“We enlisted him as a credible ambassador because of his love of the great outdoors, something which our industry and community share. Therefore we were disappointed to hear his comments on TV, which were made and pre-recorded before we entered into discussion with Ray’s agent. We feel his agent should have made us aware of this pre-recording the moment we began communicating.

“Knowing that these comments would come to light and then agreeing to work with one of Europe’s largest shows of its kind, with tens of thousands attending,  we feel he has acted in a less than professional manner.”

The NCC has invited Mears to attend the show “in a personal capacity” to meet and speak to caravanners and offered him a weekend in a caravan. 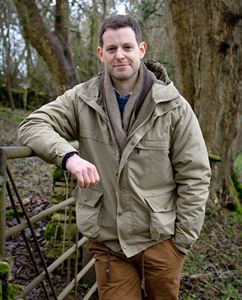 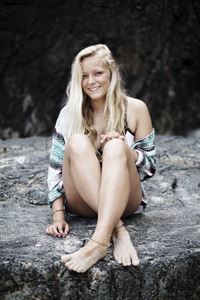 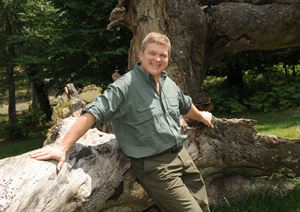 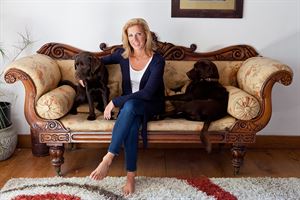 One Show and Countryfile presenter Matt Baker will still attend on the opening day, hosting activities on the Caravan Club stand.

Olympic champion Sally Gunnell is also appearing at the Experts’ Theatre, before going on to take part in the Dog Agility feature with her pet pooch, Diggy. And throughout the event, professional surfer Melodie King, from Cornwall, will be appearing in the Expert’s Theatre.

The show, which features more than 350 exhibitors, takes place during half-term week of 17-22 February, with advance tickets starting at £7.

As well as hundreds of new camping, caravanning and motorhome products, the show also features the Learning Zone, cookery demonstrations, an onsite campsite and many free activities including an ‘outdoor-style’ fashion show for kids and adults.

Tickets can be booked by going to www.caravancampingmotorhomeshow.co.uk or calling 0844 581 1250.

Mel Gibson’s Career Has Survived Controversy After Controversy, But How? – Variety

South Dakota Attorney General, an Army Reservist, Allegedly Hit a Man With His Car But Reported Hitting a Deer