A British fashion brand ASOS has made headlines for an earrings advertisement that showcases a woman’s ear with a designer pair of earrings. The earrings that are in the shape of mushroom hung down a gold loop but it is the model that has caught the attention of netizens. The model in the advertisement is wearing a cochlear implant on her right ear.

A user Joanna Seabright has shared the picture on Twitter alongside the caption, ‘Great to see inclusivity in advertising/model shots from ASOS’. Another user Asia Smith commended the efforts of the fashion brand for choosing a model that wears cochlear implant. She has expressed happiness about a model representing someone like her. The model in the advertisement has been identified as Tasha Ghouri who was born deaf. Cochlear implants are surgically implanted and are used to stimulate the auditory nerve to provide sensation of sound to the people who are deaf. 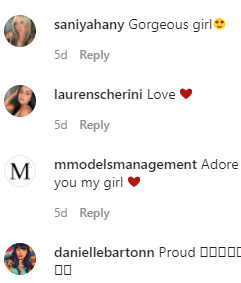 Meanwhile, Bottega Veneta, a luxury fashion designer had designed a necklace that resembles a telephone cord. The designer has made it look like a classic landline telephone wire which was used during 90’s and early 2000’s. It is not the design but the price that has shocked the netizens. The post shared by an Instagram page Diet Prada has drawn comparison and people were quick to troll the company. Diet Prada on its Instagram account shared the picture of Bottega Veneta’s latest necklace picture. The post consists of a collage of the necklace that is priced at $2000 and also coiled telephone cords worth $5 to show the difference.