If you thought that our It girls like Gigi Hadid, Bella Hadid or Kylie Jenner are the only trendsetters who are followed by Generation Z when it comes to fashion, we have actor Karisma Kapoor who has rocked all the trends these style mavens are currently obsessing over. From bandeau tops, pigtails, halterneck and knotted tops, Lolo has been there, done that. And when we take a walk down the memory lane to see all her popular films, we can see that the fashionista has been the original queen of sass. Fueled by nostalgia, Gen Z seems to have found recluse in trends from the 90s and noughties. We bring to you some of the hottest trends rocked by Karisma Kapoor which are seeing their resurgence now.

A hairstyle every school girl would approve of- the pigtail is now back with bang and seen on both celebrities and fashion influencers. Karisma had sported this hairdo in Haseena Maan Jayegi with her cool tee and high-waisted cargo pants.

Bandeau tops are having a moment in fashion now and we still can forget the popular track from Dulhan Hum Le Jayenge, where Lolo was seen shimmying around Salman Khan on a yacht. 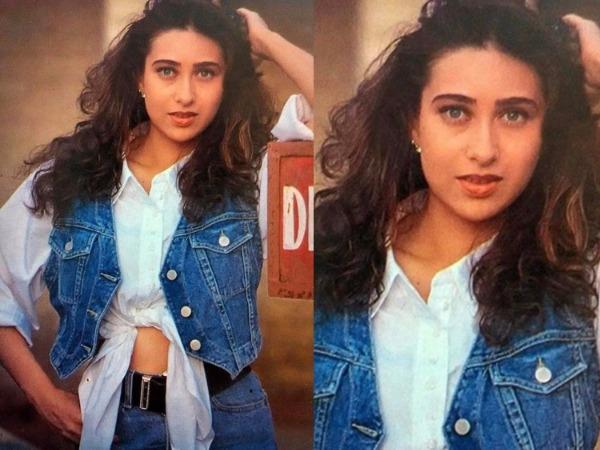 Knotted tops are now becoming popular among Generation Z and they love the whole retro vibe to it. Karisma was seen sporting some really chic knotted tops in films like Hero No.1 opposite Govinda.

Flaunting the midriff through cut out dresses is quite popular now and divas don’t mind showing a little bit of skin while slipping into a dress. Our Bollywood beauty Karisma wore some very sassy midriff baring dresses for her films in the 90s and that made her a fashion icon of her era.

Where To Buy Mask Straps Online

The Tragedy of Darth Plagueis The Wise | 5d8

The Tragedy of Darth Plagueis The Wise | 5d8

COVID-19’s impact on justice system: ‘It is a huge departure from how we try people’