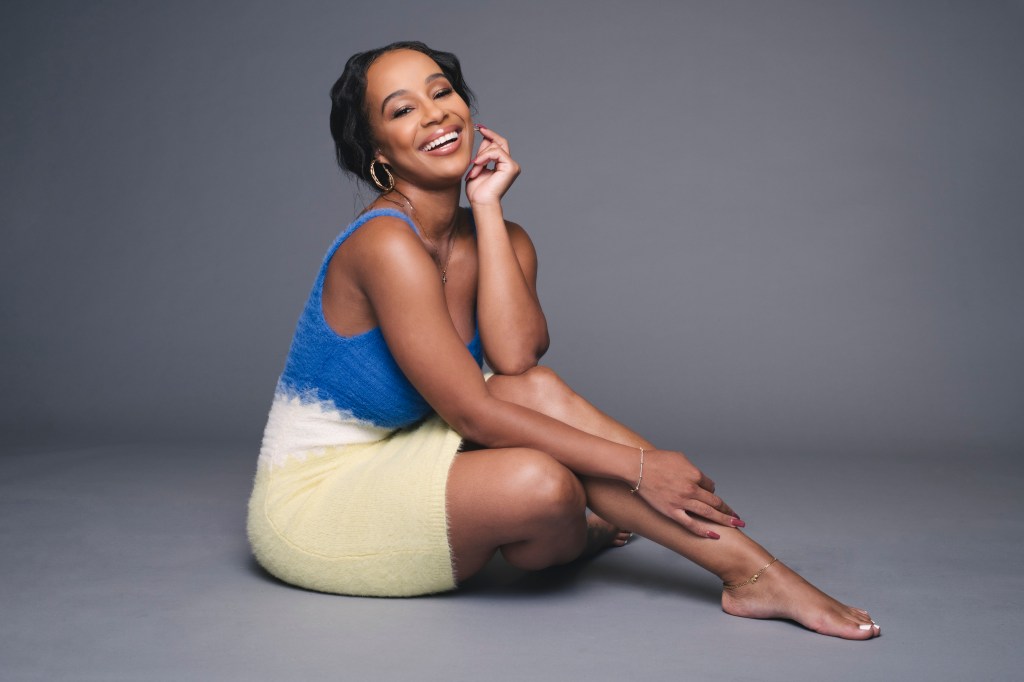 GG Townson has been flexing her acting skills for years. The LA native is best known for her recurring lead role in Bounce TV’s In The Cut, and she has landed several guest star, co-star, and lead roles on networks such as Nickelodeon, CBS, and Disney Channel. Obviously, she was confident when she walked into her audition for Lifetime’s upcoming biopic, Salt-N-Pepa, which chronicles the rise of the first all-woman rap group to go platinum and gold. However, things did not go according to plan. She was performing “Shoop,” but forgot the lyrics.

Despite the misstep, she took it in stride. Her life’s mantra is Proverbs 18:16, which in short means that your gifts will make a way and that your time will come as long as you have faith that what’s for you will be for you. 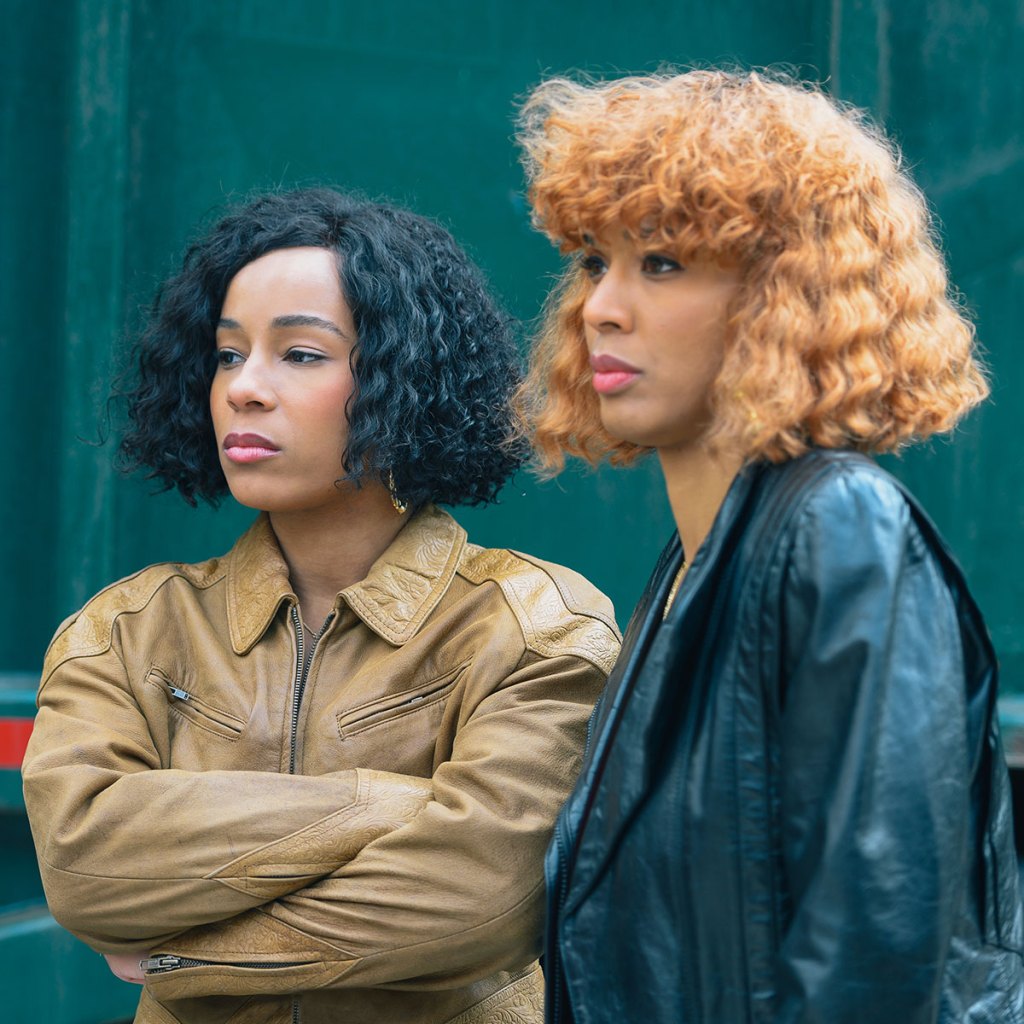 Townson was meant to play Salt. She was handpicked by the actual Cheryl “Salt” James (who reviewed audition tapes with her partner Sandra “Pepa” Denton) and found herself in Townson. Saturday’s premiere of Salt-N-Pepa marks Townson’s debut as a lead actress in a film.

Townson, a 90s kid, was born a few years after Salt-N-Pepa made their debut to the world, but she’s excited for viewers to watch her transformation into 90s fashion, particularly the catsuits with oversized leather jackets, and those iconic lopsided bobs, which began by accident — something that Pepa mentioned in her 2008 autobiography, Let’s Talk About Pep. 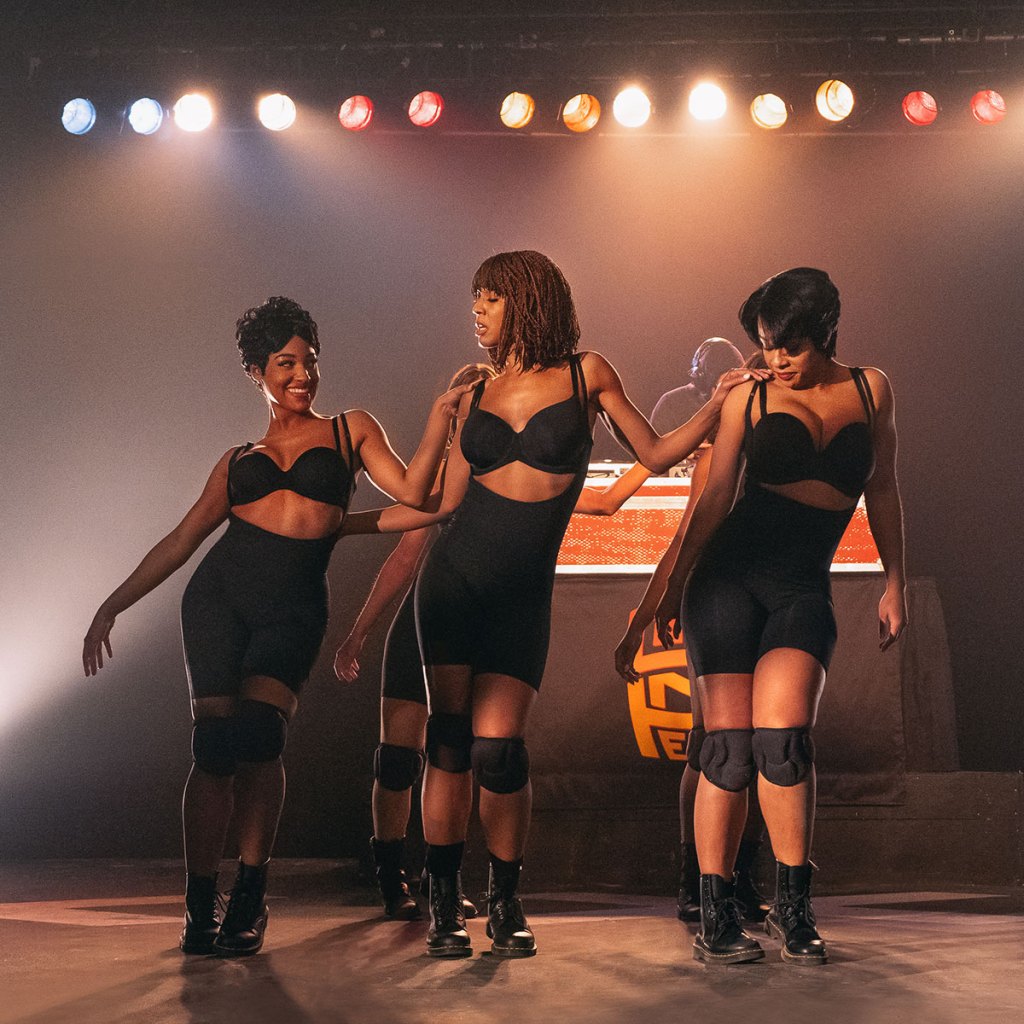 “The story of how it came to comes to life is in the movie, so you’ll get to see the whole scene. That was something that I didn’t know, and we had so much fun filming that scene,” says Townson. “I definitely feel like I was born at the wrong time. I feel like I should have been a teenager in the nineties.  I feel like I missed my time for sure because I love nineties fashion, and I love nineties makeup. I am so here for the brown liner with the popping clear gloss — that staples ’90s lip.”

GG had guidance along the way from Salt, who became like a mother figure to her. They spent a lot of time together — and even got the chance to meet each other’s families — while assuring each other that they were on the right path with this long-awaiting film.

“Her daughter, Corin, has a scene in the movie, as well as Egypt. Corin pulled me aside at lunch and she was like, ‘My mom was feeling a way about having her life being put in the spotlight.’ She was a little nervous, and rightfully so,” says Townson. “And Cheryl will speak about this in multiple interviews, about feeling anxious about having these old wounds brought up and having this story on the forefront. And Corin was like, ‘I just want to thank you because my mom is now at ease with the way that you are handling all of this. And we just appreciate you for taking the care and the respect of this entire project, the way that you’re doing it.’ So that was a comforting moment for me to not feel so much pressure because I was doing the right thing and I was doing what I was supposed to be doing.”

This $11.99 Milani Salt-N-Pepa Lip Kit Can Help Those Impacted By The Coronavirus Crisis