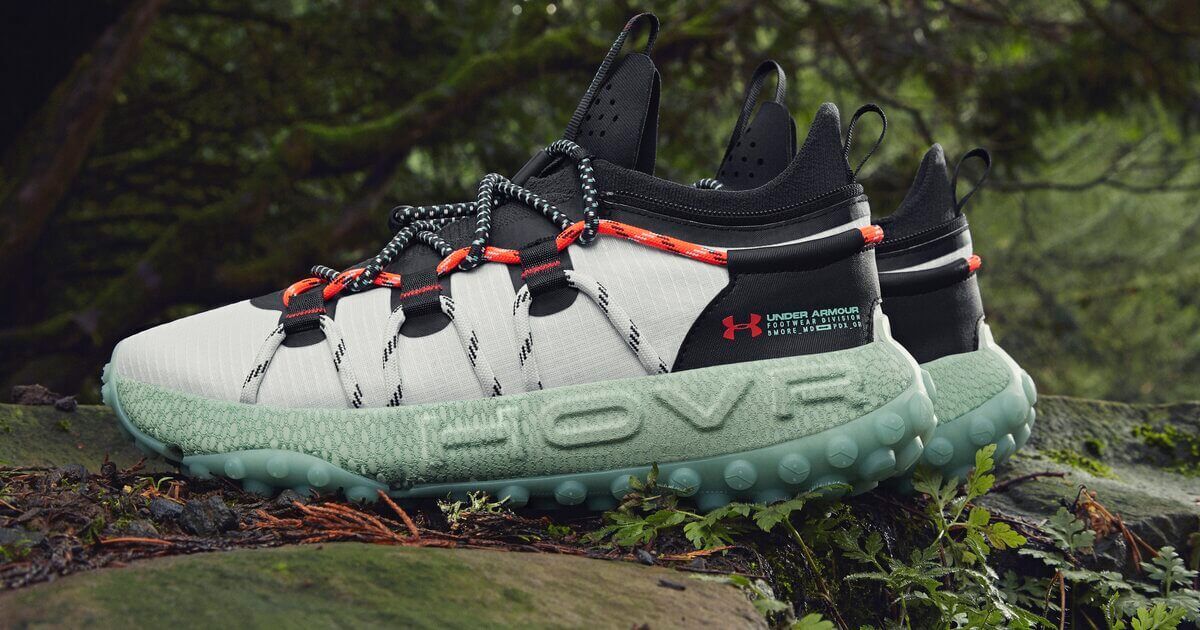 The UA HOVR Summit Fat Tire challenges us to seek adventure and step out of our comfort zones.

Under Armour finally understands what it is as a consumer and watching the transition take shape is intriguing… if you’re paying attention and you’ve followed the twists and turns. In 2018 UA held it’s Investor’s Day. This arrived a year after Nike’s transformational Investor’s Day in 2017:

UA’s Investment Day failed to create energy around the brand as analysts stated that the brands decision to go all in on performance vs a combination of athleisure and style, pointed Under Armour away from market trends. I, contrary to other thought leaders, said that the only thing that made me excited in a long day of slides and speeches was their introduction to the Focused Performer. UA isn’t a heritage brand. They can draw on their legacy and release a shoe created in the 80s or 90s. There aren’t any reference points for the brand to repackage. What they have is a history of making incredible performance gear and they have the MVPs and athletes to control this narrative and deliver better product. 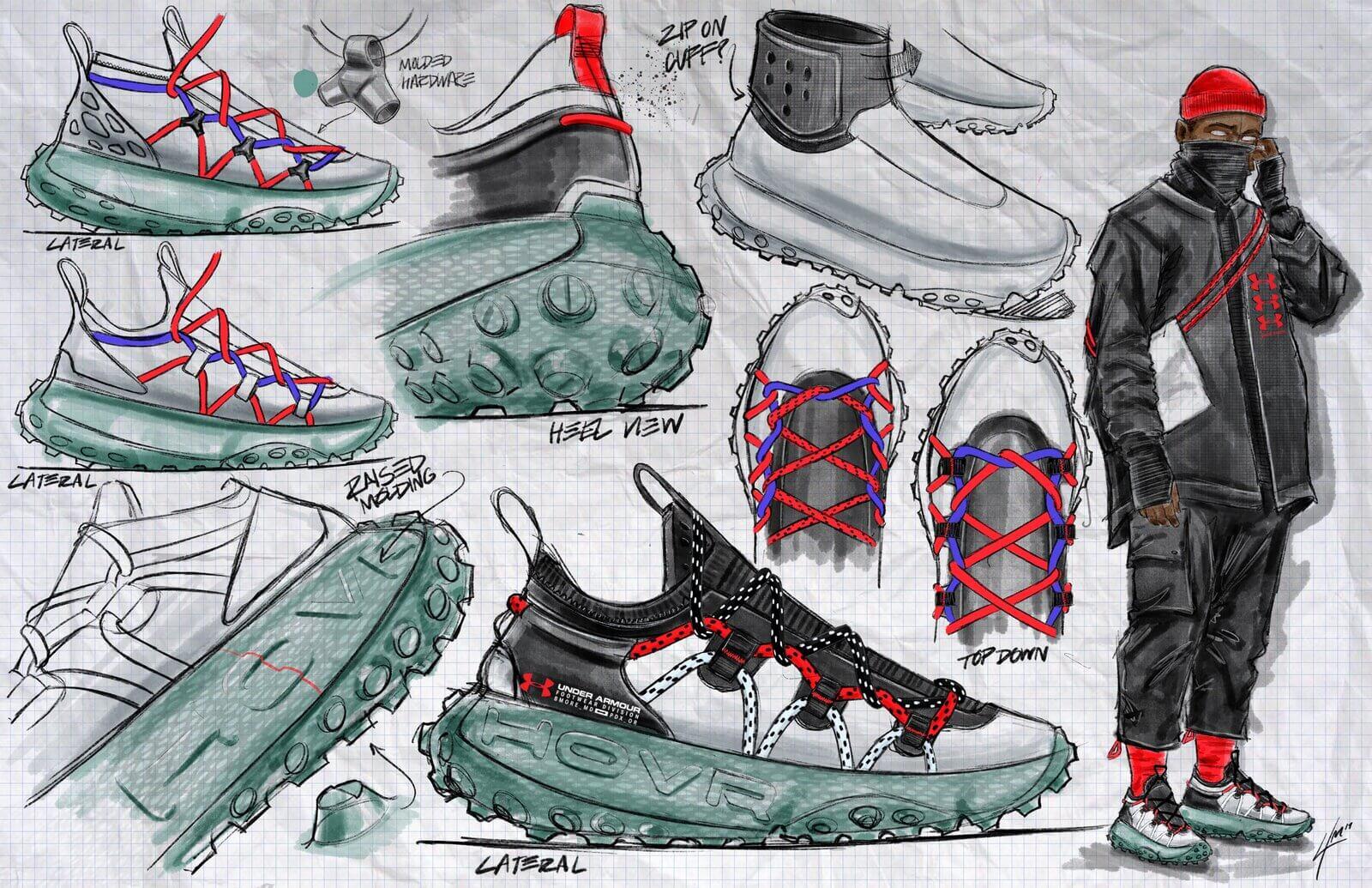 The Fat Tire is the brands continued foray into hiking. The shoe was created by a team who worked in an international manner from the U.S. to Japan to capture the history of the samurai. In marketing circles this is gold as it connects to a younger consumer, but also captures elements of heritage as an older demographic has long had a fascination with the Way or Code of the Samurai. Throughout popular culture there are references to the history of this warrior. One of my favorite films is Ghost Dog. Tom Cruise and Wesley Snipes have all played characters based on the history.

In the picture above the inspiration for the team comes through clear, but I want to stop there and do what I always do, look at this from a different perspective. This performance hiking shoe was created to transition the wearer from the trail to the street. This is one of the first shoes from UA to successfully capture a streetwear aesthetic and it did so because the brand didn’t attempt to be “street”. The brand created a product based on need, informed by a narrative, that could be conveyed by design. 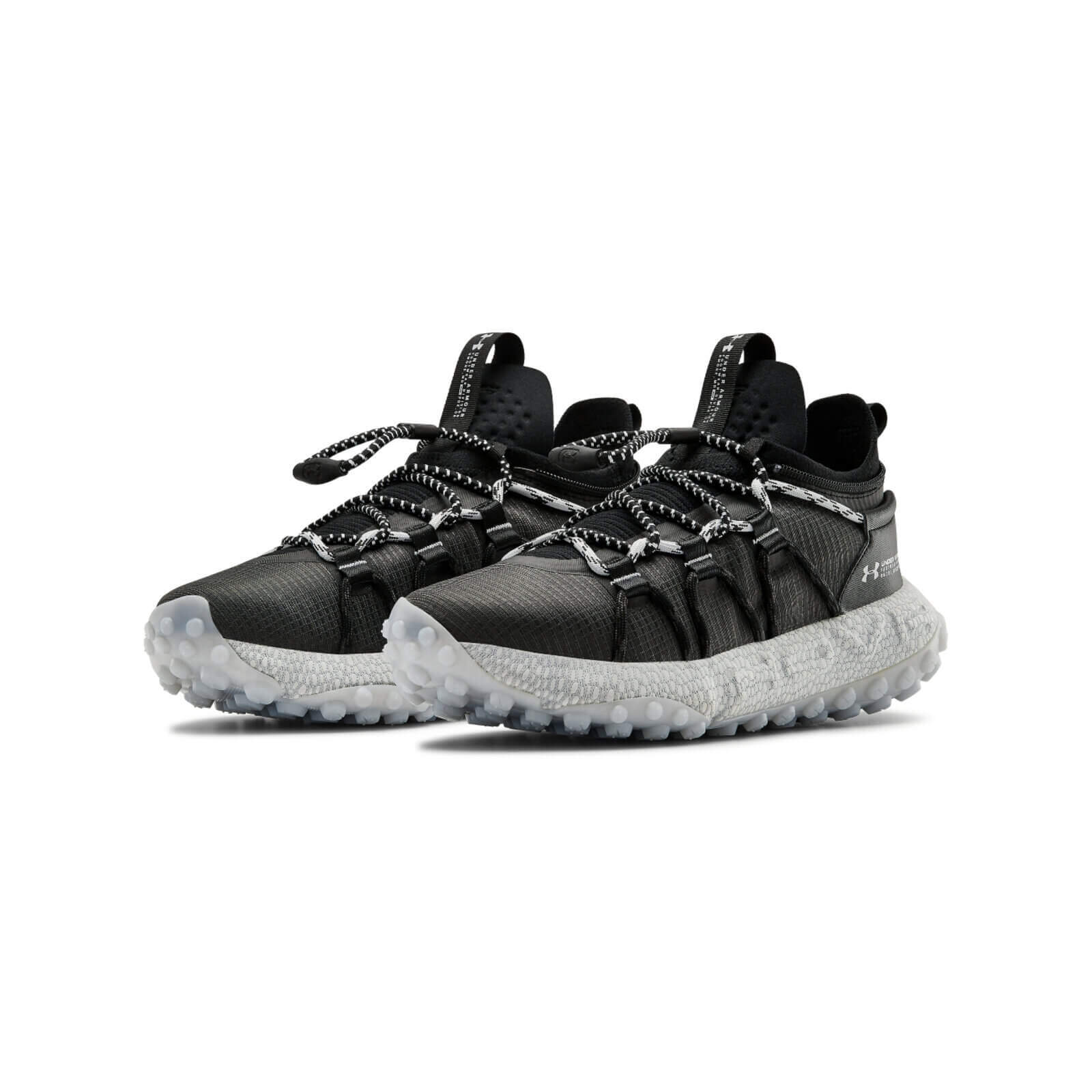 Under Armour has no desire to go backwards and try to be an athleisure brand anymore. I agree 100% with this play. However, to move forward a hard look at the past has to take place. Before Under Armour collapsed they tried to roll out a concept named UAS. I wrote a long post about this process and explained why it would fail:

The Slow Integration of UAS Bothers Me

Under Armour is playing a game it can’t win by rebranding and removing the element of sport from the release. I do like the idea, but the roll out is isolating and while athleisure/casual athletics, has been in motion since people started rocking Jordans for streetwear, dabbling in high fashion when you are a sports company in my opinion has to contain some element of sport when you are a recognized sports brand.

The quote above is from the post on the integration of UAS. In the creation of this HOVR Fat Tire, Under Armour finally has found its path to streetwear through performance. This is what I was looking for when they launched UAS. I originally complained that UAS should be led from the inside by the designers already in place. If you use the source link above, Under Armour gave the design team what they needed to deliver a fantastic product. The result was immediate sell through when the shoe released in the international market. On the UA.com site the only sizes remaining are all below size 7.5 or Women’s size 9. It’s one of the first drops I’ve watched on the UA platform to have the type of sell through expected from a Nike product.

Under Armour continues to turn the corner and they are doing so because the brand has its eyes locked squarely on a their performance target. If they can make a few adjustments here, UA won’t have to try to do UAS again… they will become UAS naturally and the brand will build the consumer they’ve coveted for so long.

Note: an image of this shoe is on the designer’s IG page and it features a shroud

The Best Bucks of September 2020

The Best Bucks of September 2020