It’s the best of two worlds! This living room in New Delhi is giving us major inspiration on how to bring together, two distinct styles. It’s by no means an easy task, but Architect Amit Khanna of New Delhi based-firm, AKDA masters this narrative, and we are all for it!

In the course of our interaction with the architect, we come to know that this project is in Central Delhi – one of the oldest and most affluent areas of the capital. This area is known for its aged villas, double storied bungalows and old-world charm. Amit was tasked to connect two diametrically different floors of one such villa, and the living room was one of the key pieces of this puzzle. Amit had to create a universal look for the living room, as it was the main area of transition and hence, needed to have an effortless flow into the remaining spaces and areas of the house. 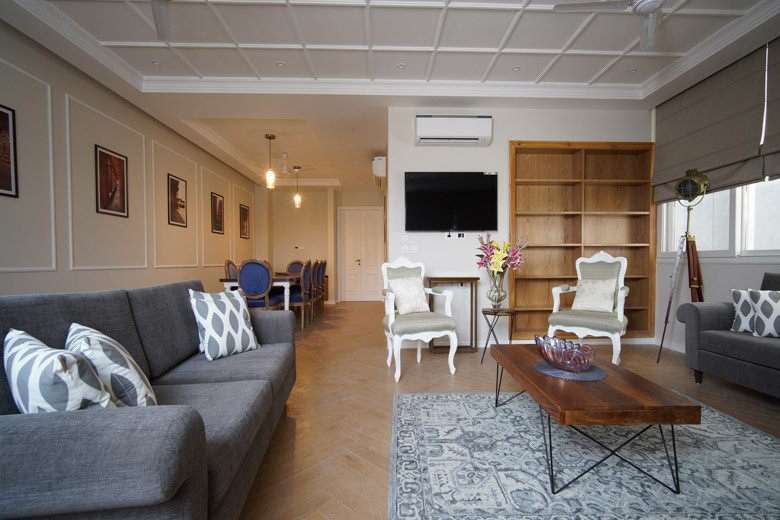 We get Amit to takes us through the brief. “When asked to reimagine two disconnected floors in an aging building, the decision was to furnish it in a continuity of the influences of the Mughals, the British and now the modernists. Located in the heart of Delhi, the apartment was combined, yet the bedrooms were limited to the upper floor. A series of increasingly private spaces greet the visitor, commencing with a receiving room on the lower floor. At the rear, opening up to the sun and the deep views is the main living room.” 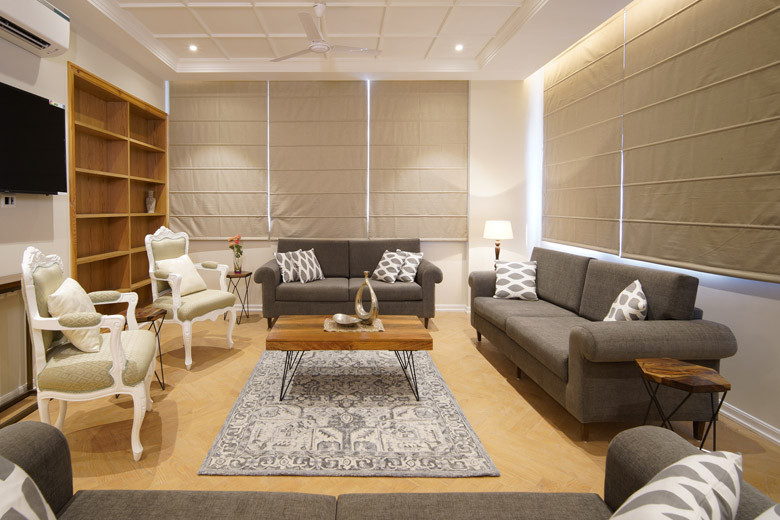 The living room has two distinct areas – the family seating area and the dining.  It’s an exaggerated L-shape space, so Amit had to pay close attention to detailing – to ensure that each area gets an identity of its own and doesn’t get lost in the expanse of the space, nor the styling of the other. He crafted a clever plan – the dining table is huge…we love how this 10-seater table, doesn’t come across as bulky, but rather as a delicate addition here. It must be the simplistic approach to it – the legs have a lovely moulding-like structure, while the oval backrests, further enunciates that English vintage vibe here.

Amit goes on to take us through the materiality of this space. “At the heart of the design intent is to recreate the sense of spatiality so familiar to those who frequent the corridors of power in the capital. The crown mouldings are offset by the delicate framed wall mouldings. Doors are panelled white to add richness of detail, and the floors follow a herringbone pattern that echoes the parquet flooring of the Imperial buildings. The bathrooms are executed in white marble but softened with classical detailing around the mirrors and at the floor junctions. A dramatic oculus above the private dining area outside the bedrooms is underscored by sunset yellow dining chairs.” 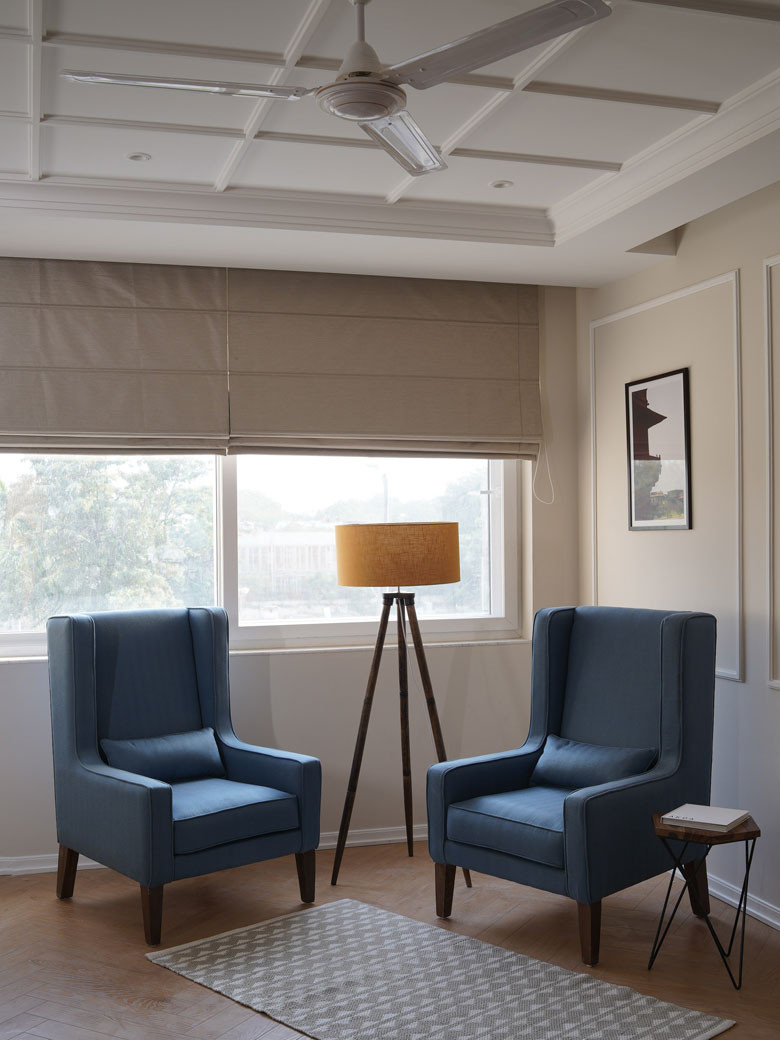 Just before we can get swept away by the shine and gloss of the living room, Amit is quick to point out that it is an intelligent space as well. “As with all our projects, this one too is inherently sustainable – not only is it planned for minimal heat gain, it is also designed to breathe and allow for natural ventilation. Double glazed aluminium windows, sensor-based LED lighting and FSC certified hardwood flooring are now minimum standard across all our buildings. Locally sourced finishing materials such as Indian marble for the bathrooms and wood for the furniture are not only kinder to the environment, but inevitably maintenance free.” 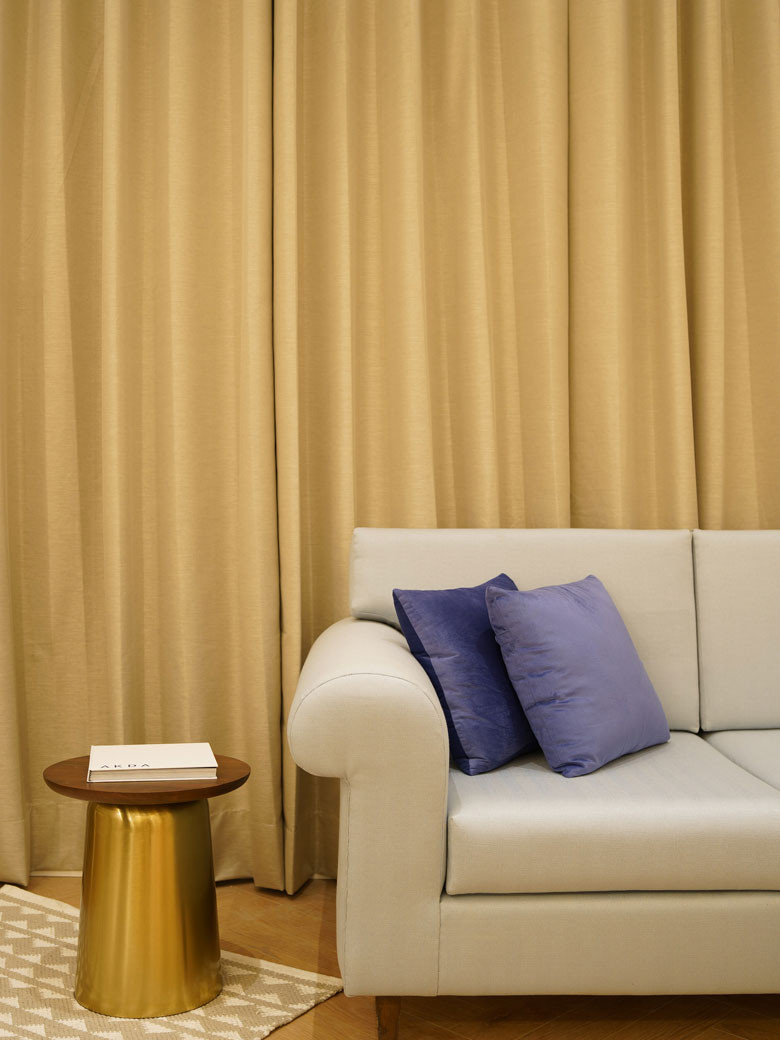 ABOUT THE ARCHITECT
Amit Khanna

He graduated from the School of Planning & Architecture, New Delhi in 2002, followed by an Masters in Sustainable Urban Development from the University of Oxford. He is a recipient of the Moira Barrie Award (UK) & held the Kellogg Scholarship at the University of Oxford. He founded AKDA in 2004, a globally recognised multi-disciplinary architecture & design firm, based in New Delhi, India. He combines a deep involvement in design with his primary responsibility for the strategic direction of the practice.

As a student, he won a national design competition for the concept of a Highway Resort, 2000 (ArchiDesign Perspective). He was chosen as one of only five architects among 20 designers in India under the age of 35 to exhibit his work in February 2013 (DxD, Alliance Francaise). He was also chosen as one of the Young Designers of 2013(IA&B) and one of the Superstars of Design in 2014 (Society Interiors). Amit was also recently chosen as one of the top 50 emerging architects in the country (iGen, Mumbai, 2014). The firm has won numerous national and international awards, most recently feted by the Minister of Industries for his contribution to excellence in the use of indigenous stone in buildings. He is a regular speaker at industry events, with recent appearances at the Fensterbau Frontale, Acetech, Design Mission India, Lateral Design Talks, Integrated Townships Summit & Smart Cities India. The firm is regularly published in national & international media. 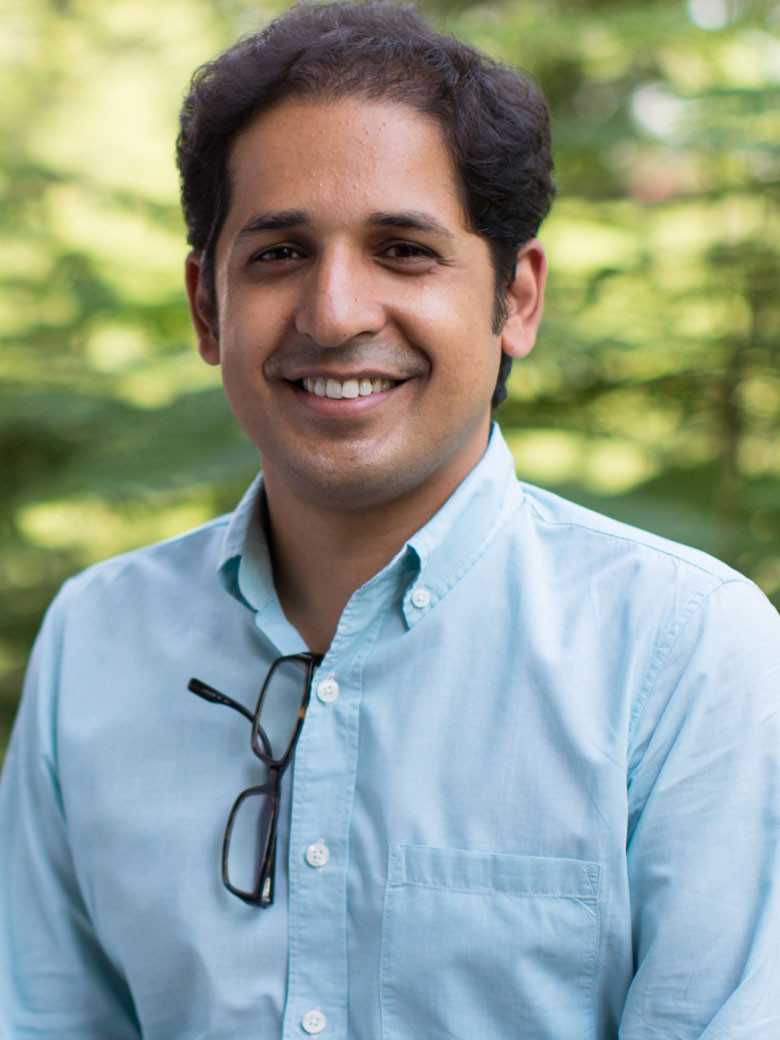 Investors Going Back Into Crypto as a Hedge Against Depreciating Dollar

Notts students are jumping on these Y2k styles, here’s some of the best

Balloon Scrunchies Are the Next Big Accessory Trend