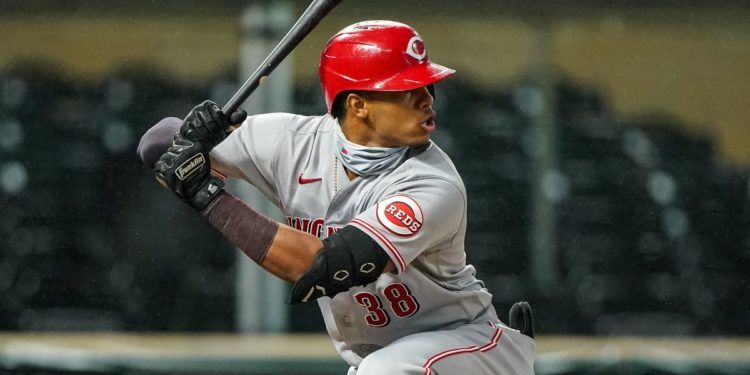 Jose Garcia struggled mightily when called up to the big leagues in 2020, and there’s no denying that. Still, he’s 16 months younger than Jonathan India, 20 months younger than Tyler Stephenson, and would’ve been plying his trade for AA Chattanooga had the MiLB season not been canned last year.

His glove is clearly ready, and in spurts we’ve seen the tremendous offensive talent he possesses when he recognizes the breaking pitches coming his way. Plenty of glove-y infielders with offensive upside have struggled in early cups of coffee before eventually settling in and taking off (Javy Baez, Brandon Phillips, Xander Bogaerts, to name a few), and the hope is that Garcia will keep right on evolving in a similar fashion.

Congrats, Jose. On to voting for prospect #5!

What scares you: Has yet to replicate draft year power in the pros, and lacks a convincing long-term defensive home.

Man, it would have been great to see India get a full minor league season in 2020. He’s been a well-above-average stick ever since getting drafted fifth overall in 2018, succeeding across three levels and following that up with another strong year across Advanced-A and Double-A in 2019. He’s responded to aggressive assignments well, but one glaring weakness still sticks out: He’s homered just 17 times in 165 career games. Considering how much of a factor his raw power was in his draft stock two years ago, that number is a disappointing one, and the jury is very much out on whether it will ever look much better than that.

Defensively, India seems to be mostly regarded as a solid enough defensive infielder, though he isn’t a shortstop and isn’t likely to be plus with the glove. He’s athletic enough to gain positional versatility, but the further he moves down the defensive spectrum, the more pressure there will be for his bat to excel. There are a lot of good traits here, but India isn’t exactly young as far as prospects go, and it’s time for us to see him put everything together.

Where he spent 2020: High school, then instructional league.

What excites you: Outlandish raw power from the left side, good outfield arm.

What scares you: Swing-and-miss troubles hang a flashing red “boom or bust” sign on him.

The Reds used the 12th overall pick in 2020 on Hendrick, a 19-year-old high school prospect who has explosive raw power from the left side and possesses an arm suitable for right field. The Jay Bruce comparisons write themselves. Hendrick’s weaknesses are no small thing — big whiff risk, uncertain pitch recognition skills, fringey foot speed that will likely limit him to a corner spot defensively — and could certainly prevent him from carving out much of a big league career. The ceiling his power gives him, however, is quite high. He’ll be a fun follow wherever his first pro ABs start happening.

What excites you: The stuff. Santillan throws hard (upper 90’s) and has some decent secondary offerings. When he’s on top of his game, he’s one of the best pitchers in the minors.

What scares you: Control. He’s been hot and cold with this in his entire career. More recently it was cold.

Two out of the three top prospects for the Reds were pitchers. Could Tony Santillan make it three in a row? Santillan has been one of the more exciting pitching prospects in the entire system since he was drafted out of the State of Texas as a prep arm in 2015. Even at one point being given the nickname at Red Reporter of Santigold. While he’s had his ups and downs, Santillan has always flashed that potential to be a top of the rotation kind of arm and has flirted with Top 100 prospect status in the past.

Santillan sports a top fastball, ranging into the upper 90’s and good secondary offerings. His control over his career has improved, which has caused his strikeout numbers to dip, but we’ve also seen maturity from the young man in the form of not always relying on the strikeout. In 2019, Santillan did not have the type of season he had hoped for due to injury and adjusting to some pitching changes the Reds brass, under the direction of Derek Anderson wanted him to make. This caused a 4.84 ERA and a doubling of his walk rate. Funny enough he also was a bit unlucky. Santillan will likely be in AAA to start the season and dark horse candidate to eventually join the rotation or the bullpen.

What excites you: A mid-90s fastball when right, two breaking pitches that project to be plus offerings, and very little mileage on an arm that didn’t get on the mound until his senior year in high school.

What scares you: Inexperience, mostly, along with some elbow soreness back in 2018 that led to a velocity drop, though that’s hopefully in the past.

Imagine, if you will, a pitching prospect in the Reds system who they plucked out of high school with a high pick and seven-figure signing bonus, one who flashed an upper-90s fastball in route to success with Class-A Dayton while still just a teenager.

We already talked about Hunter Greene, though, who checked in #2 in these rankings. This time, we’re talking Lyon Richardson.

The 2nd rounder from the 2018 draft is approaching the two-year anniversary of his Class-A debut, yet his still is just 20 years old, not hitting his 21st until later this month. And with a big fastball/breaking-ball combo already in his arsenal and just a 2.6 BB/9 during that 2019 run with the Dragons, I’m frankly surprised we’re all not higher on this kid’s potential. The 8.5 K/9 from 2019 is probably what has tempered his star, but that came during a year where his stuff sat in the lower 90s with some elbow soreness, both of which have reportedly been non-issues since.

FanGraphs’ Eric Longenhagen is a big proponent, ranking him #6 overall in the Reds system while noting that he expected Richardson to rise into the ranks of a Top 100 overall prospect during 2020 had there been a normal MiLB season in which to evaluate him.

His upside paired with the overhaul in the Reds pitching philosophy seems like the perfect match for him to truly breakout this year, and if you go purely on ceiling alone, he could well end up the second-best pitching prospect in the organization quite soon.

Who is your #4 Reds prospect?

This poll is closed. 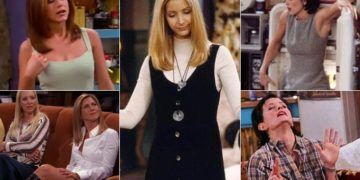 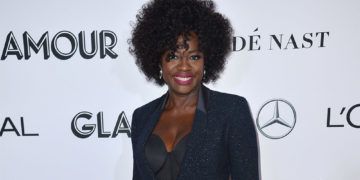 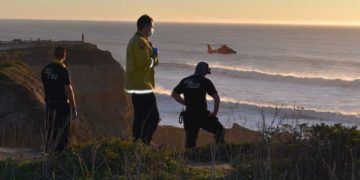 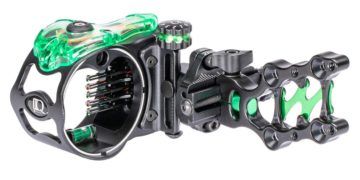 The Best New Bow Sights and Rests of 2021 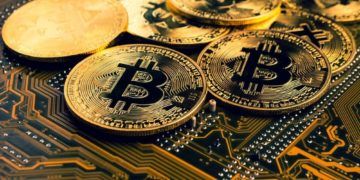 12 Important Questions to Ask When Buying a Boat for Fishing

The Best New Bow Sights and Rests of 2021

One Day’s Coronavirus Pandemic Losses: Among Thousands, a Father, a Child, a Friend