A Fashion Duo for the Ages

Paris Hilton’s 21st birthday dress may be the blueprint for fast fashion retailers everywhere, but two years prior to the “original” making its debut, style maven and actress LisaRaye McCoy wore a similar chainmail look to the 2000 Video Music Awards (micro bag, in tow). Before model Bella Hadid deemed oversized cargos and gradient sunglasses a must, famed R&B singer Aaliyah had already made them her signature look. And though Juicy Couture has certainly become a household name for velour tracksuits, the plush set was preceded by styles conjured up by none other than Kimora Lee Simons’s Baby Phat empire.

With the aforementioned early 2000s fashion trends making a splash in 2020, it feels necessary to give credit where credit is due, which is black culture.

Unable to fully partake in the trends the first time around, I took this comeback in adulthood as a chance to divulge, completely. Rounding up every tube top, Kangol hat, and jersey dress that I never had the pleasure of owning, I soon realized that discussing the resurgence of trends from the early aughts without acknowledging the influence by Black culture was nearly impossible. Growing up, I remember video vixens being laced out in full denim looks that can now be seen on Instagram models, everywhere. Closely relating to the archetype of Lauren London’s character “New New” in the classic film, ATL who convinced me to invest in the pair of oversized name earrings that every Black girl owned. Long before Carrie Bradshaw popularized her beloved monogram necklace that she referenced as “ghetto gold” jewelry.

“I soon realized that discussing the resurgence of trends from the early aughts without acknowledging the influence by Black culture was nearly impossible.”

But, we all know that “Ghetto is nothing but creativity that hasn’t been stolen, yet”, a phrase coined by Ohio-based designer and philanthropist, Ron Blassingame. Of course, now, you’d be hard-pressed to scroll through your timeline and find an influencer or celebrity without their own moniker hanging proudly around their necks. Proving that trends that were considered controversial twenty years ago, are now hot commodities.

Scroll through a list of trends from the early 2000s that were undeniably made popular through its rise in the Black community.

If the ‘90s gave us tiny wire frames, then the 2000s were definitively all about square-shape ombre lenses. Powerhouse icons of the era like Beyonce and Lil Kim were both notorious for wearing their go-to pink and blue acrylic styles on the red-carpet. 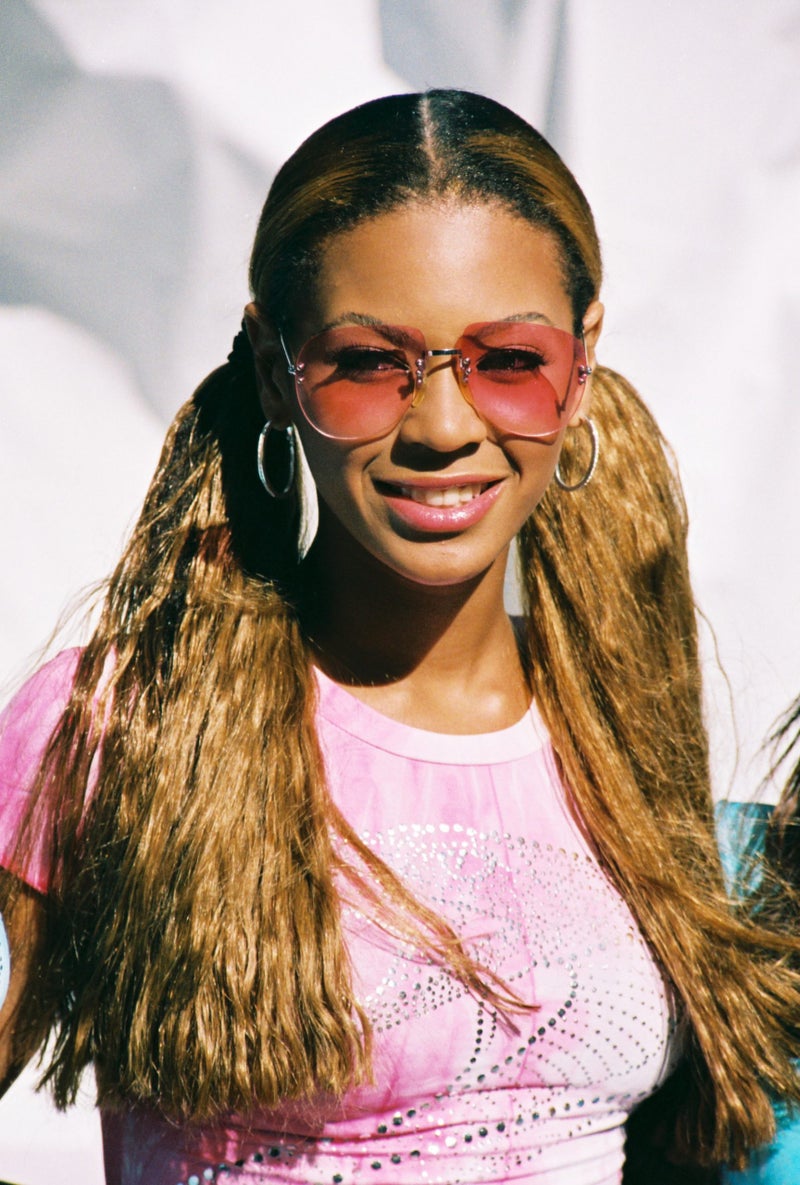 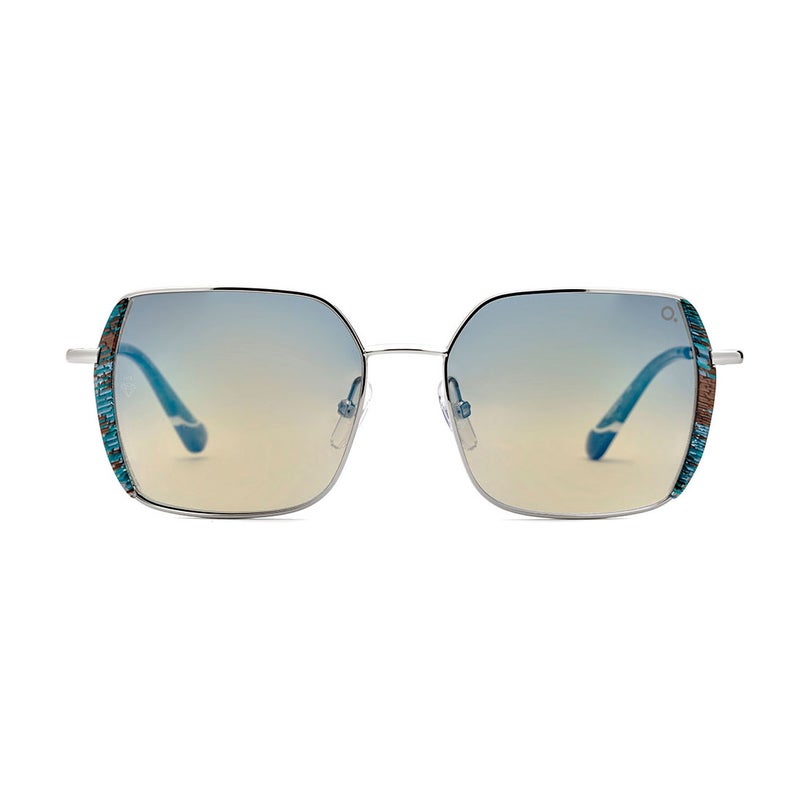 After its inception in 1999, the Baby Phat brand churned out its first velour tracksuit, which became a household staple everywhere. Everyone from Meagan Good to Alicia Keys could be found sporting a different color set. 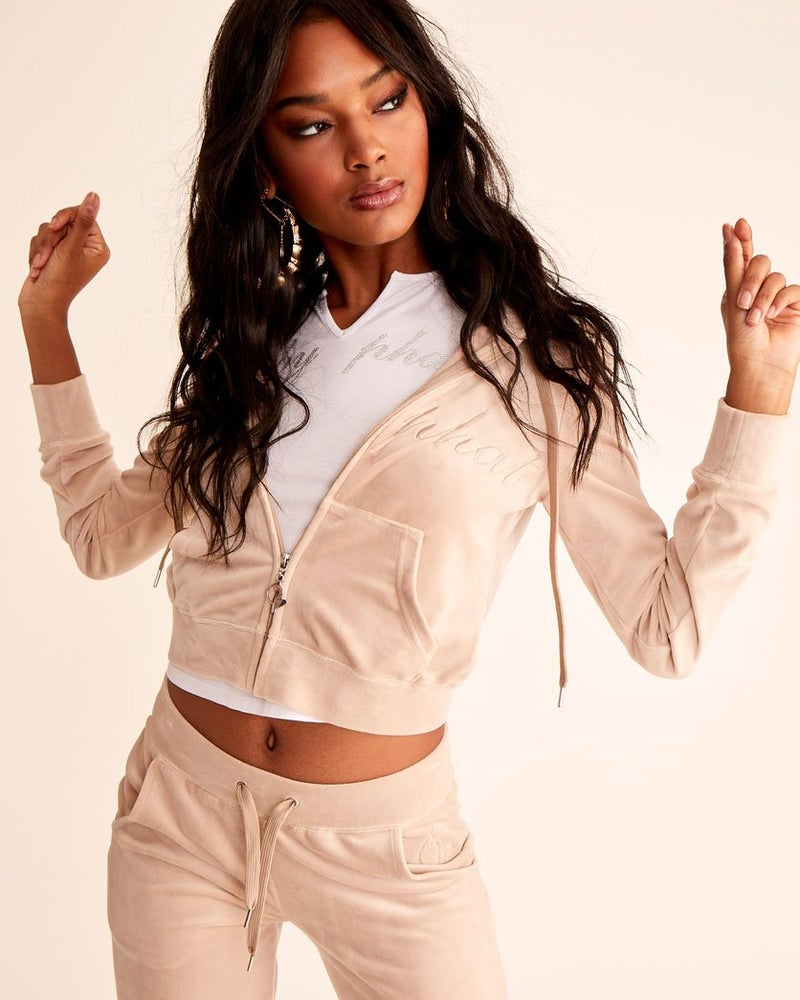 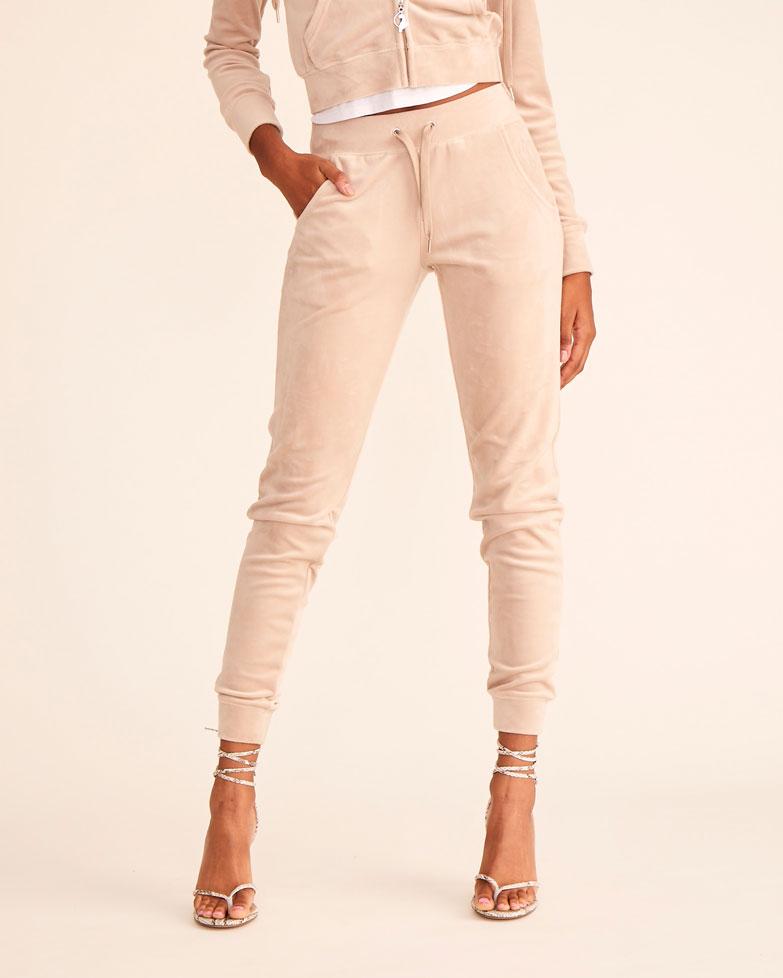 Thanks to a laundry list of biker movies making waves in theatres between 2001 and 2003 , leather motocross jackets became a certified fashion trend. Biker Boyz star Meagan Good sported a personalized version to the movie premiere and similar styles have been popping up at your favorite retailers ever since. 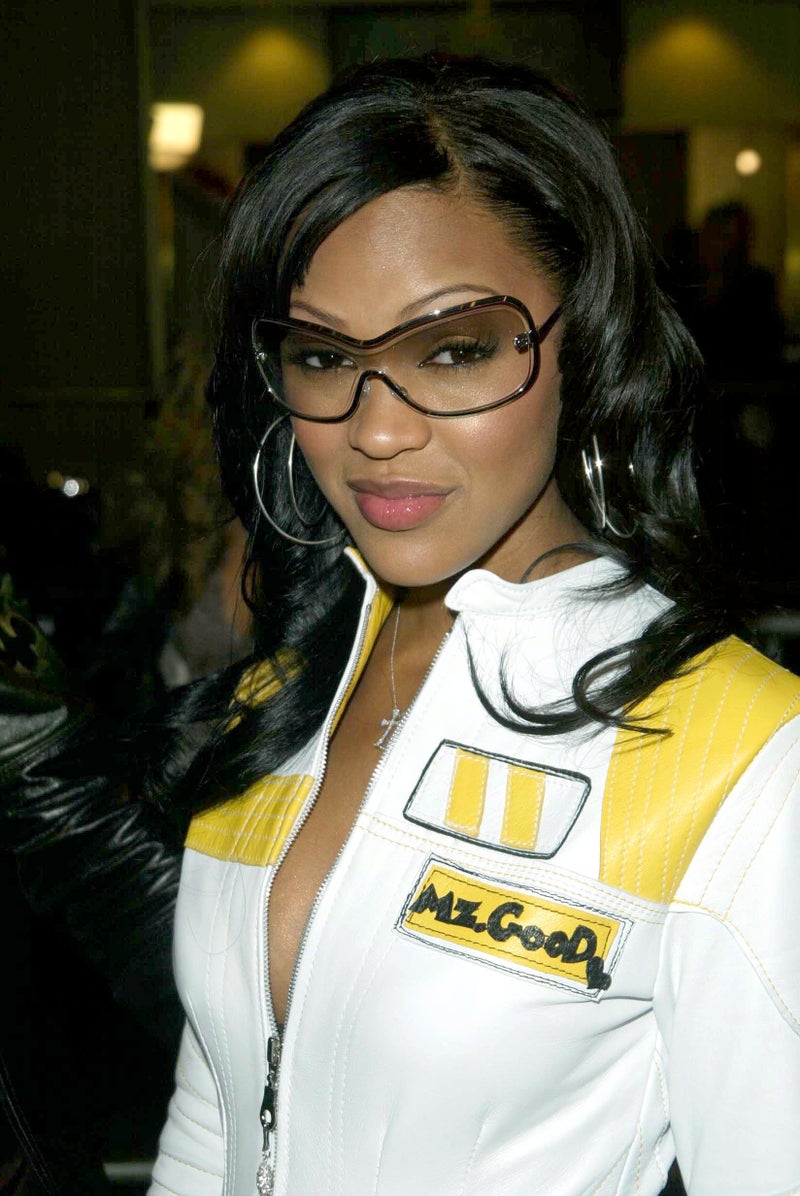 In the era of cargo pants, camouflage motifs were typically the style of choice. 3LW-turned Power star Naturi Naughton paired hers with low-top sneakers, while Tracee Ellis Ross opted for heeled Timberland boots. 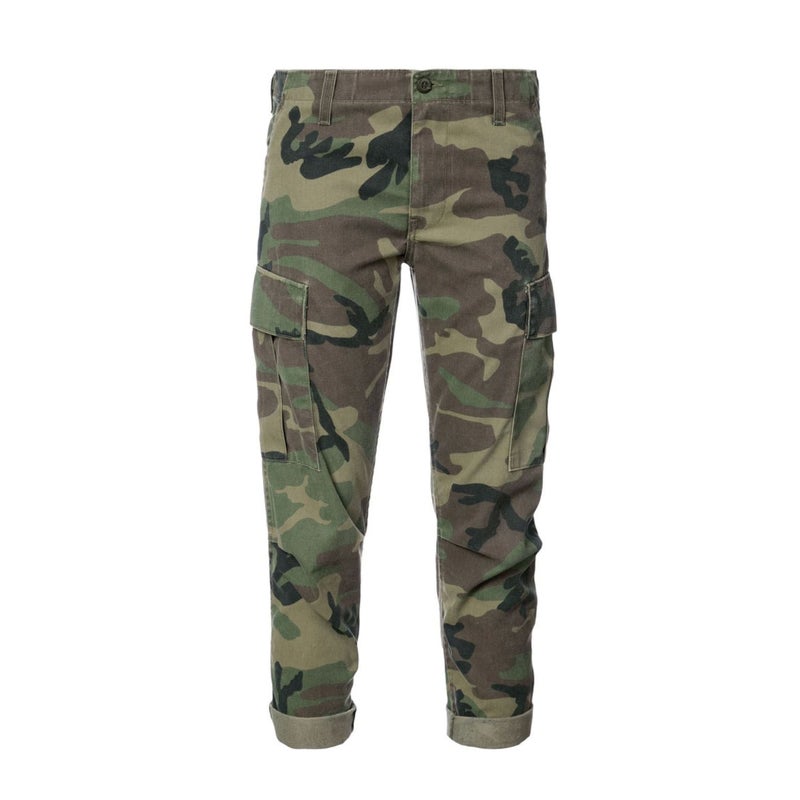 Nameplate jewelry was the must-have item for Black girls, everywhere. If oversized hoops aren’t really your thing, opt for a monogrammed ring or necklace instead. 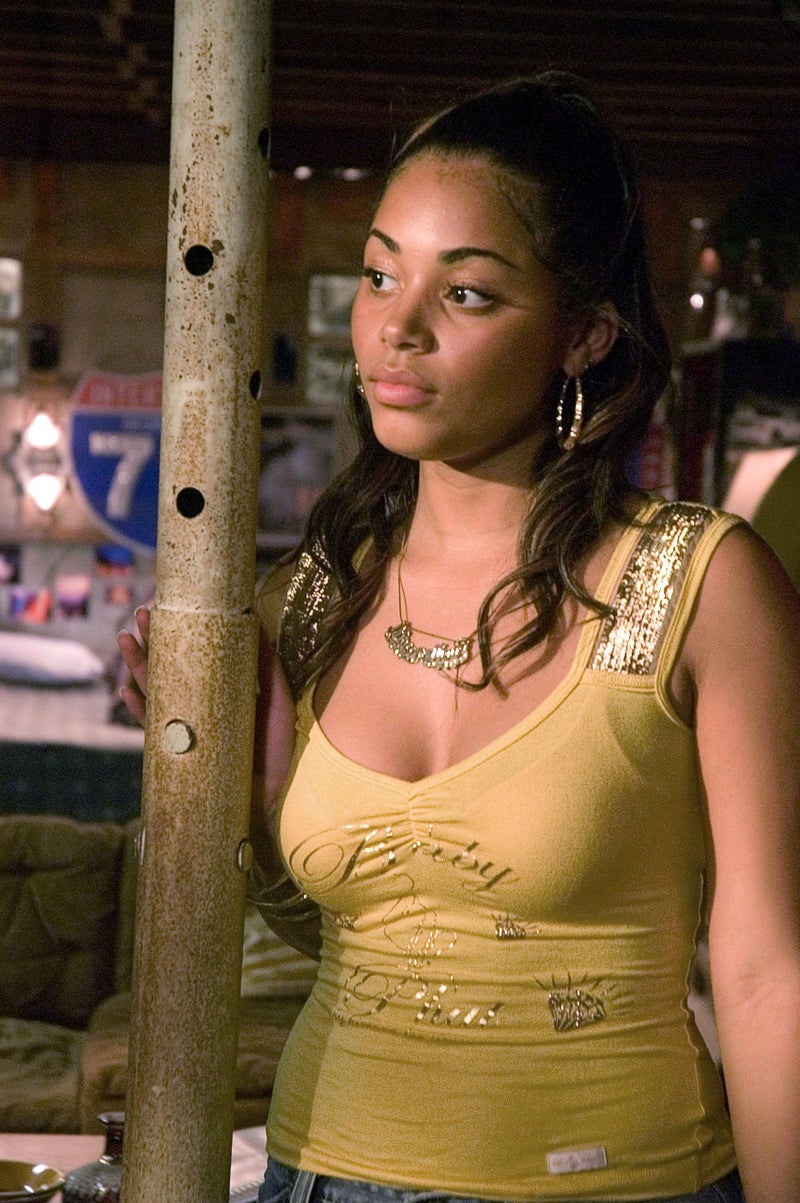 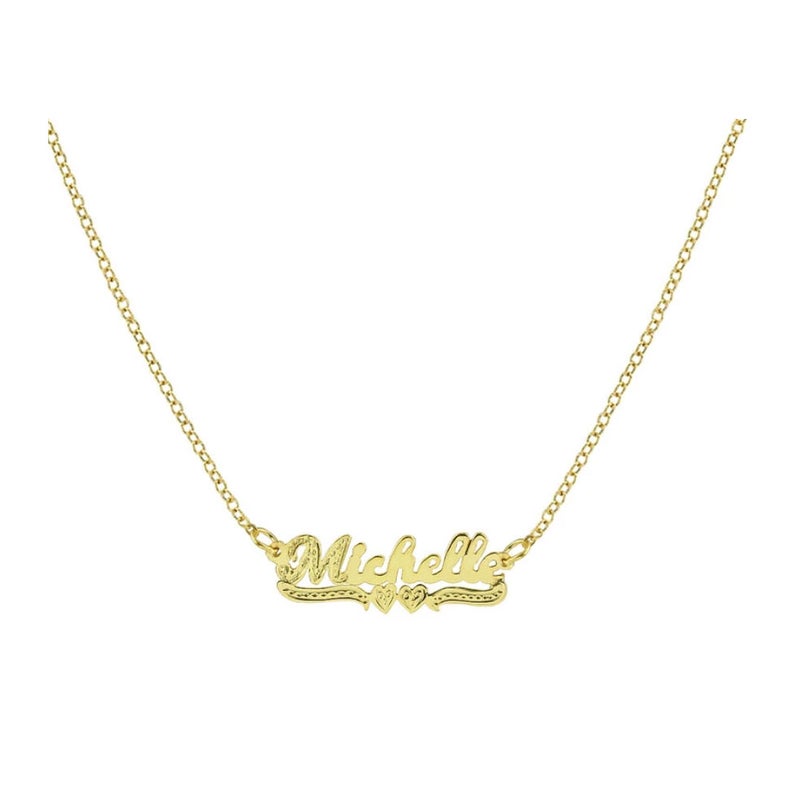 Mariah Carey’s album cover art for Heartbreaker put the airbrush tank on the map, with Joy Bryant and any member of Destiny’s Child following suit. Today, brands like O-Mighty are bringing the style back with all the same appeal. 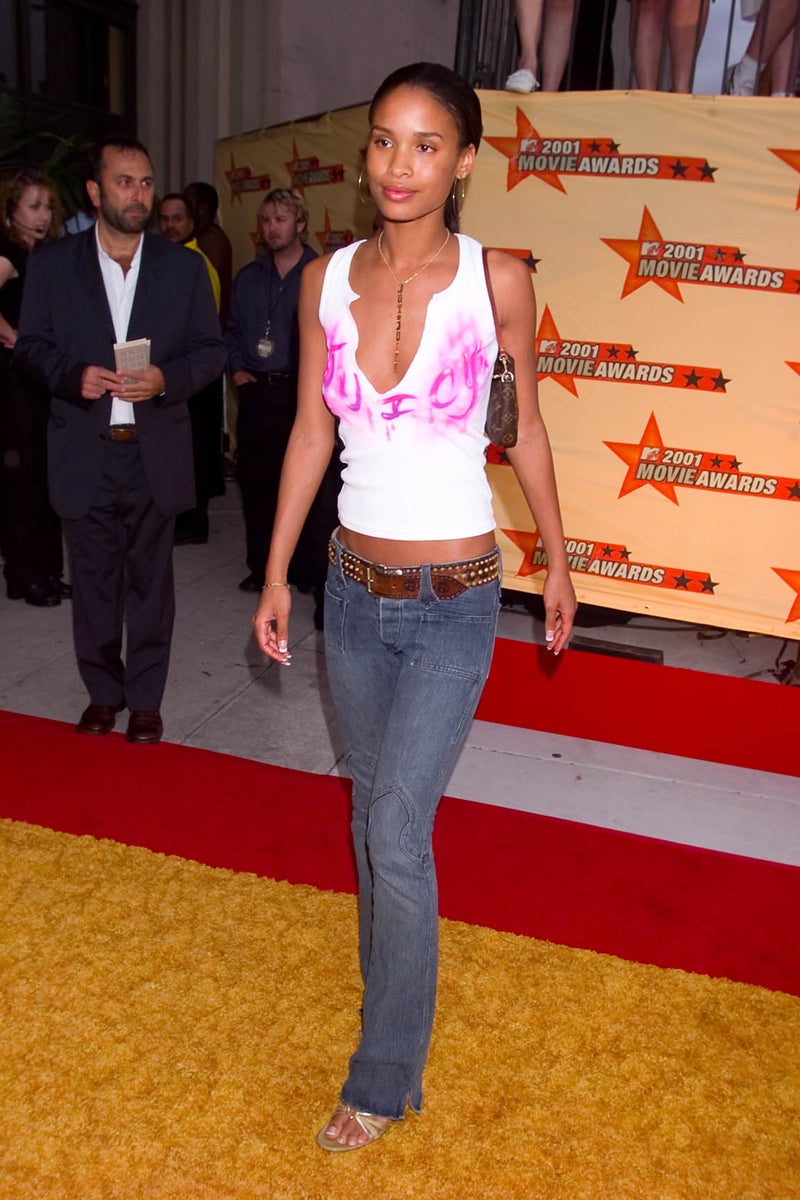 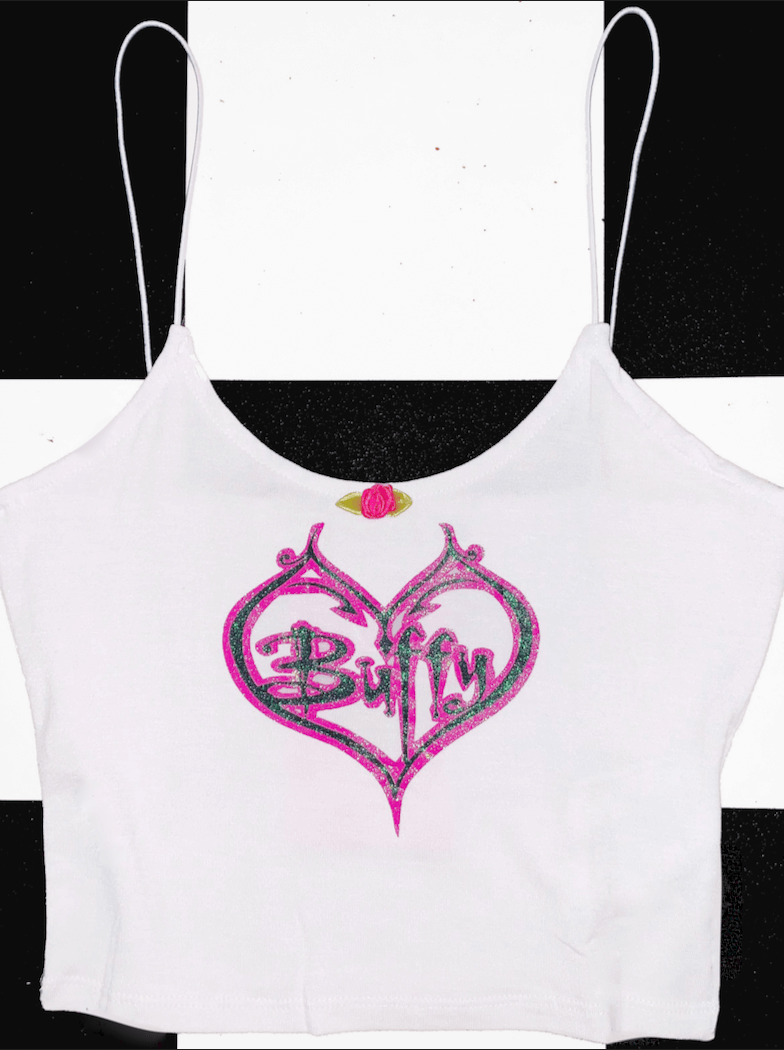 The key to pulling off a somewhat revealing look is to have a relaxed hoodie or cropped cardigan on hand for controlled coverage (plus, you can tie it around your shoulders for an instantly polished look). Aaliyah was a style maven in the 2000s. 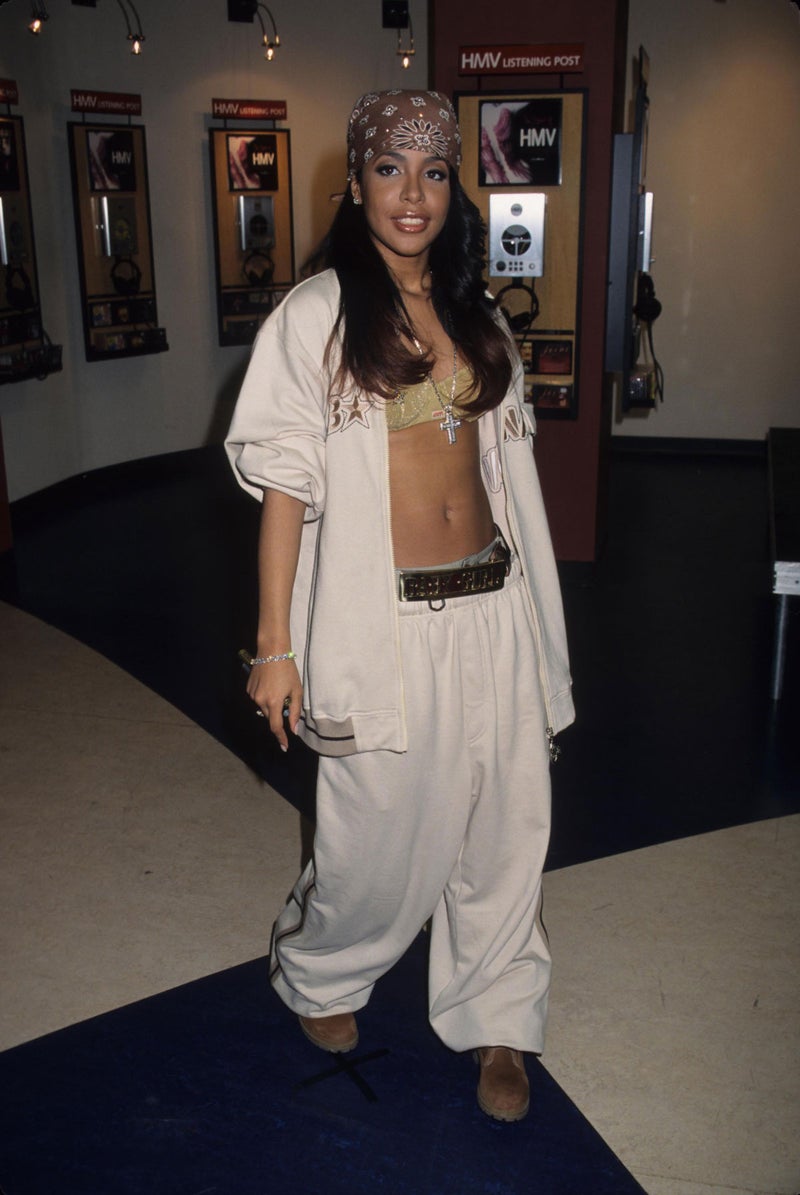 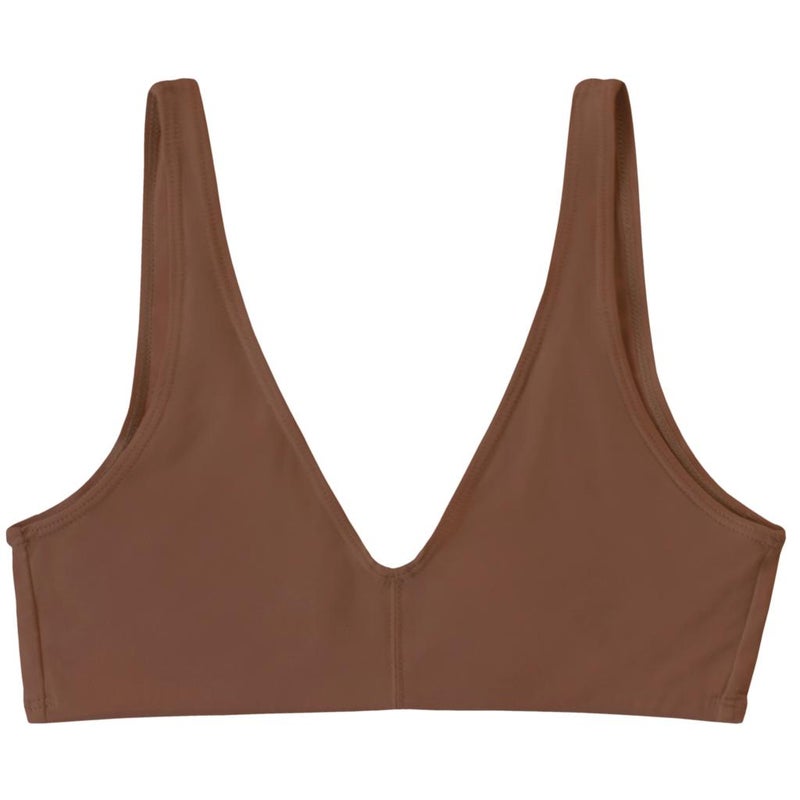 While this trend dates back well into the ‘80s and ‘90s thanks to L.L Cool J and Run DMC, Samuel L. Jackson made this his signature look in the early 2000’s. It wasn’t long after that the hat began popping up on hit sitcoms like Girlfriends. 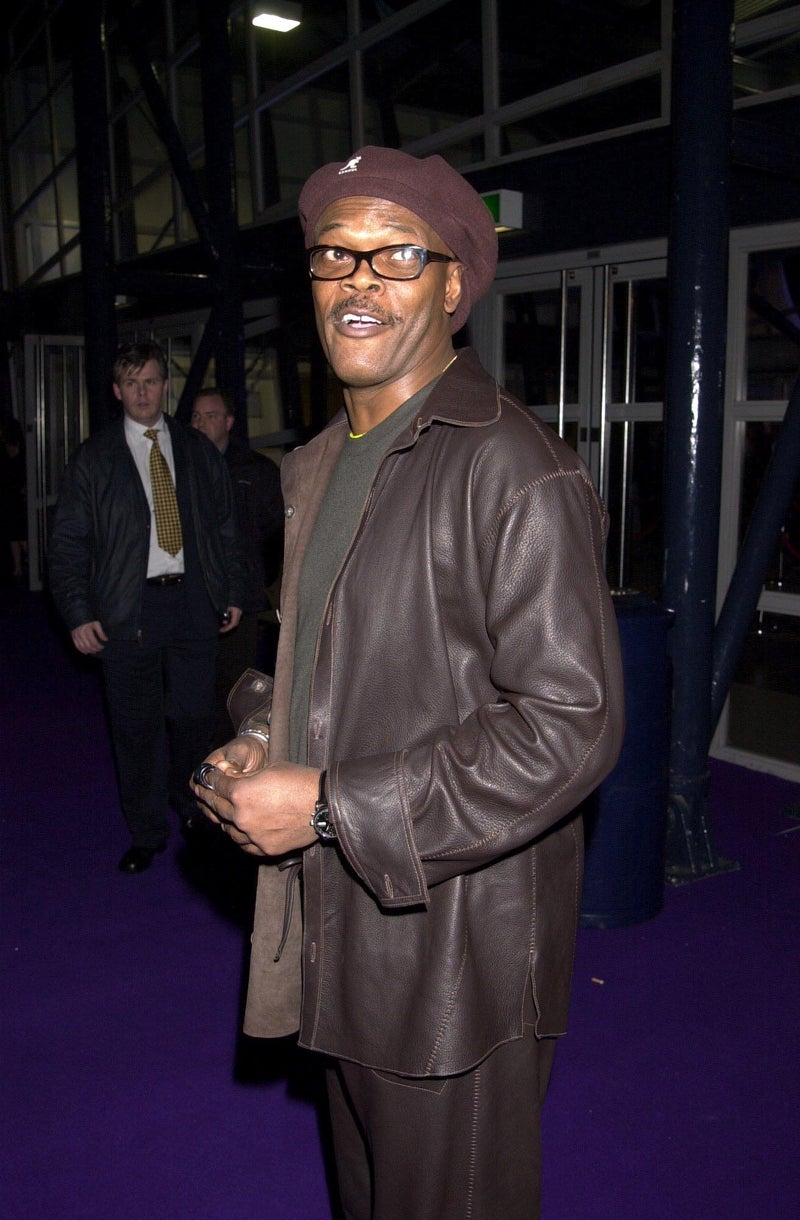 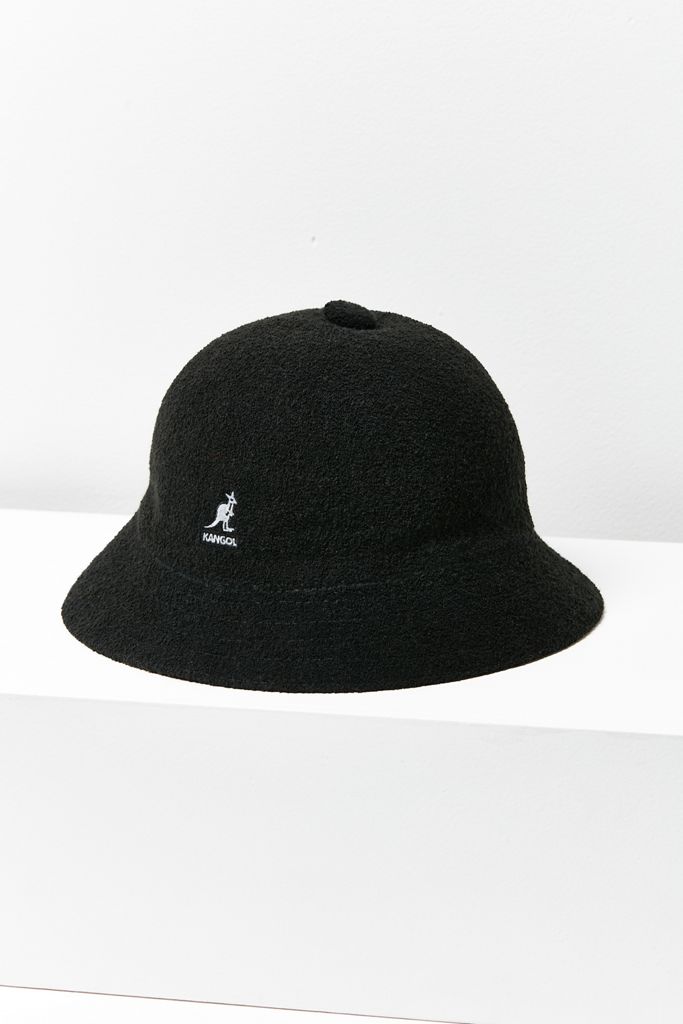 A Fashion Duo for the Ages

Fishing Purists Need to Pass On their Knowledge