From the tail end of the Golden Era to the New Generation to the Attitude Era, the 1990s covered a pretty wide spectrum of professional wrestling. It was a special time where wrestling’s past and future both existed simultaneously. The decade saw some historic moments, including the demise of Hulkamania and the rise of an anti-hero in Stone Cold Steve Austin.

Despite its abundance of legendary performers though, the 90s had some finishers that wouldn’t fare well in 2021, and honestly haven’t fared well outside of the decade it thrived in. For one reason or another, several iconic 90s finishers just wouldn’t work well in today’s wrestling landscape.

From his start as a bleach blonde surfer to his evolution as a dark vigilante, Sting has been a huge star for over 30 years. In the early part of his career, Sting relied on the combination of a Stinger Splash and his Scorpion Death Lock submission to earn victories. The combination worked wonders, bringing Sting many accolades, including the NWA/WCW World Championship.

When Sting’s character evolved though, he decided to add another weapon to his arsenal. Sting would adopt a pinfall finisher known as the Scorpion Death Drop. The sudden reverse DDT fit Sting’s new dark character perfectly and would go on to earn him many victories. The finisher has worked well for Sting, but it wouldn’t work well as a finisher today. The DDT in general has lost its luster, regardless of whether it’s delivered standard or reverse.

9 End Of The Trail

When Tatanka debuted in WWE in 1992, he did so in grand fashion. The newcomer quickly became a fan favorite and would embark on a year and a half long undefeated streak. The streak made Tatanka feel like a huge deal to audiences. Many times, Tatanka would add to his winning streak using his End Of The Trail finisher. At the time, the move seemed to fit Tatanka well and fans were willing to buy it as a legit finisher.

Unfortunately, that wouldn’t be the case nowadays. Despite Tatanka making it work for his character, End Of The Trail was nothing more than a Samoan Drop. It’s difficult to imagine any of today’s top talent not being able to kick out of that.

When Rocky Maivia made his WWE debut at Survivor Series 1996, it was obvious he was destined for greatness. It was legendary announcer Jim Ross who correctly predicted that “There’s gonna be the man right there. That’s blue-chipper, right there.” Ross’s words would prove to be prophetic as Maivia would eventually transform into The Rock.

However, during his original run as a white meat babyface, Maivia had some room for improvement. One such area that needed some addressing was Maivia’s Shoulder Breaker finisher. It was a stretch to consider the move a finisher in the 90s, so one can only imagine how ineffective it would be today.

“Road Dogg” Jesse James is one of the best talkers of his generation and an underrated in-ring performer. As a member of the highly regarded Armstrong family, James had every tool necessary in order to be successful in the wrestling business. After his humble beginning as Jeff Jarrett’s roadie, James eventually went through a metamorphosis that led to the creation of the Road Dogg character.

Whether he was a roadie, a country singer, or one half of The New Age Outlaws, Road Dogg always had a preferred finisher. The Pump Handle Slam would help Road Dogg earn some big wins in the 90s. However, the move has been very scarcely seen since then, and it’s highly unlikely that we’ll ever see it used as a finisher again.

For years, Sean Waltman was considered by many to be the measuring stick in WWE. If there were any questions about a performer’s in-ring ability, they’d get thrown in the ring with Waltman to either sink or swim. Despite his great reputation as a performer and his strong position on the card for both WWE and WCW, Waltman wouldn’t be closely associated with a finisher until 1998. In 1998, Waltman made his way back to WWE, joining Triple H’s D-Generation-X.

As X-Pac, Waltman’s popularity soared through the roof. It was also as X-Pac that Waltman adopted his X-Factor finisher. The move worked well for Waltman at the time. However, in today’s wrestling landscape a simple sit-down Facebuster isn’t ending any matches.

The 1990s was truly a hotbed for innovative aerial maneuvers. In the early part of the decade, the Moonsault was considered a jaw-dropping move. Used by legends like The Great Muta, Big Van Vader, and Bam Bam Bigelow, the move was a respected finisher. Perhaps the most impressive instances of a Moonsault being used as a finisher came from Bigelow and Vader. As super heavyweights, Bigelow and Vader shouldn’t have been able to execute the move so effortlessly.

RELATED: Take To The Skies: The 10 Most Exciting Top Rope Finishers, Ranked

Unfortunately, as the decade progressed, the Moonsault lost a lot of its shine. The rise of new aerial maneuvers such as the Shooting Star Press and the 450 Splash made the Moonsault seem pedestrian. Today, it’s used as a transitional spot and rarely ever ends a match.

The Rock’s rise to superstardom is truly the stuff of legends. After an underwhelming original run as a white meat babyface, Rocky Maivia would turn heel in 1997 by joining The Nation Of Domination. After joining the villainous faction, Maivia would assume the identity of The Rock. The new persona spelled instant success.

The Rock would go on to incorporate much of his brash one of a kind personality into his iconic character. The Rock could do no wrong at the time. He was truly on top of the wrestling world. The Rock’s natural charisma was even able to get over a simple Elbow Drop as a legitimate finisher. The People’s Elbow has become an iconic finisher, but if it were executed by anyone other than The Rock, the move wouldn’t even get a one count in any era.

Before Big Poppa Pump was a powerhouse that overwhelmed his opponents with brute strength, Scott Steiner was a young grappler with a groundbreaking move set. As a collegiate wrestler at the University of Michigan, Steiner acquired much of the technical wrestling brilliance the early part of his career would be remembered for.

When Steiner hit the pro wrestling scene, he brought his suplex heavy arsenal with him. Despite suplexes being his bread and butter, Steiner’s most impressive maneuver was perhaps a Hurricanrana off the top rope dubbed “The Frankensteiner.” As great as the move was in the 90’s though, today, a top rope Hurricanrana would barely get a reaction, let alone be the finish to a match.

“HBK” Shawn Michaels is considered by many to be the greatest in-ring performer ever in the history of the sport. With monikers like “The Showstopper” and “Mr. WrestleMania,” it’s hard to argue that notion. Michaels was the total package. He was a great performer inside and outside of the ring. He was a strong promo-cutter and he had one of the most over finishers ever.

Shawn Michaels took a regular superkick and turned it into Sweet Chin Music. The fact that nobody has been able to use the move as a finisher and make it their own speaks volumes to just how over Michaels was and how closely associated he still is to the move. It’s hard to see anyone making the move their own as long as Michaels’ legacy remains intact.

As much as some fans may hate it, comedy can be just as big a part of pro wrestling as the in-ring competition. So, as much as some fans might dislike comedic maneuvers, they’re a part of the show. This was never more evident than in WWE’s Attitude Era. In an era that saw a simple elbow drop become a legitimate finisher, came perhaps the silliest finisher ever, The Worm.

Performed by lower mid-card fixture, Scotty 2 Hotty, The Worm was a tribute to the dance move which was capped off by a falling chop. Somehow, in the craziness that was the Attitude Era, the move got over. However, it’s hard to imagine modern-day fans being as receptive to the move as a finisher.

NEXT: 10 Most Underrated Finishers Ever 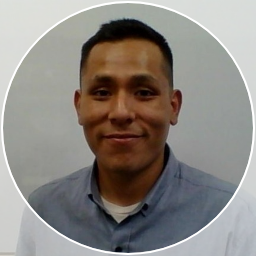 Wesly Avendano is a writer from a small town in southern California. A Life long pro wrestling, Los Angeles Lakers, and Philadelphia Eagles fan. He’s a writer, podcast host, and runs the @flashbackwrestling account on Instagram.

The Guide to Getting Into Taiwanese Indie Music, the Eclectic Sounds of Mandopop